Chrystia Freeland is handing over the federal government’s trade portfolio, with one major exception.

As part of the cabinet shuffle announced on Tuesday, Freeland was named Canada’s Minister of Foreign Affairs, but she’s retaining the Canada-U.S. relations file, including trade relations.

Quebec MP Francois-Philippe Champagne, formerly the Parliamentary Secretary to the Minister of Finance, becomes the new Minister of International Trade.

Champagne’s mandate letter from Prime Minister Trudeau calls on him to “develop strategies to implement the Canada-European Union Comprehensive Economic and Trade Agreement (CETA) and consult on Canada’s potential participation in the Trans-Pacific Partnership.”

“This will include working with relevant ministers and provinces and territories to support adjustment in sectors including agriculture, the auto sector, and compensation for incremental cost increases to public drug plans arising from CETA,” it continues.

With just days remaining before the Trump administration takes office in Washington, Trudeau’s mandate letter to Freeland directs her to “improve relations with the United States, our closest ally and most important economic and security partner, and strengthen trilateral North American cooperation with the United States and Mexico.”

Agriculture Minister Lawrence MacAulay was not part of the cabinet shuffle. 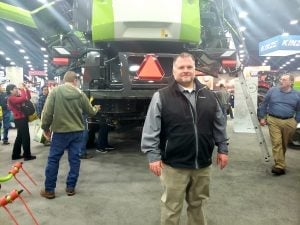