Grain markets through the middle of January continue to be driven by South American weather challenges, namely flooding in parts of Argentina just as the soybean crop down there is starting to emerge.

However, geopolitical factors like the U.K. Brexit and Donald Trump’s inauguration as the 45th U.S. President also weighed on markets.

While soybeans gave up some earlier gains in the week, it still ended up 2.05% for the week.Canola gained 4% thanks to the Canadian Loonie losing 1.5% since last Friday. Wheat inched along at 0.5% higher while oats continued its impressive run, gaining 8.45% week-over-week (albeit the cash markets still aren’t really following it). Corn was the surprise winner on Friday though, gaining a full point to end the week up 3.2% as the market continues to think about U.S. 2017 acreage and the trade outlook now that The Donald is in the oval office.

While Chicago and Kansas City winter wheat futures values have been rising on the news that acreage in America in 2017 could hit a 108-year low, there are a few points to suggest things may be a bit overpriced on the board.

The first reason is that we continue to hear similar acreage numbers in Europe and the Black Sea as last year and that the conditions are relatively decent right now. Second, U.S. wheat inventories by the end of the 2016/17 crop year are still likely to sit at 1.19bBillion bushels, the most in nearly 30 years. Third, even with less acreage in 2017, this would likely only suggest a pullback of about 150 million bushels in output compared to 2016’s crop.

This all translates to a grain that still has inventories that are almost double the 590 million bushels that were available when we saw the best prices in years in 2013/14. And finally, as per the International Grains Council (IGC) who’s forecasting a slight dip in world wheat production 2017/18, because of the competition in the feed markets with the record amount of corn available, global carryout by the end of 2017/18 is likely to remain near what we see by the end of 2016/17. 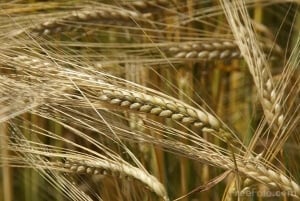 Another headline that’s being watched is a Brazilian trucker strike, but that’s par for the course at this time of year. It’s a bit early to speculating how disruptive that will be to Brazil’s soybean harvest, which is pegged now at 15% complete in largest-producing province, Mato Grosso (well above the 5% harvested at this time a year ago). With the economy lagging a bit in Brazil, there’s a plethora of truckers available. As goes supply and demand, the price of trucking has gone down, so truckers are looking for better terms as it relates to tolls and other levies associated with moving grain thousands of miles.

Next door in Argentina, more private estimates of the soybeans crop there are being dropped to 50 – 52 million tonnes, well below the USDA’s current forecast from last week’s WASDE..  This is because the weather there has clearly been wet for the past month, but this is technically just the start of the growing season in Argentina and the drier weather in the pipeline to finish out the month of January will certainly help the crop.

Yet the rally we’ve seen is starting to look eerily like what we saw last spring, as, with other markets like equities or currencies not necessarily providing the returns, speculation money continues to drive this soybean move to the upside. The drop in soybeans production in Argentina means though that there’s less to process for soy meal and soy oil, of which Argentina is the largest exporter in the world of both! This means that international buyers will start to look elsewhere for options, namely the U.S.

While the focus may be on Argentina right now, neighbouring Paraguay and Uruguay appear to be heading for their own record crops! In the latter, Dr. Cordonnier of Soybean & Corn Advisors is calling for a record 3.2 million tonnes off of about 3 million acres, while Paraguay is likely to bring in more than 9 million tonnes off of the 8.2 million acres planted there. Much like last spring’s rally, the worst tends to get priced in first, creating opportunities to sell into strength. 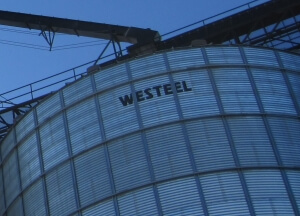 Switching over in canola, the IGC expects global inventories to fall year-over-year by about 25%, including the carryout of major exporters falling by 14% from last year to a little over 2 million tonnes. This is because global 2016/17 canola/rapeseed production was at a 4-year low, and demand slightly outpacing production. Looking forward, the I.G.C. is expecting Ukraine production to jump 50% to nearly 5 million acres this year as farmers pull back on wheat acreage.

Although there are a lot of questions still regarding production and little pops here or there are likely on planting concerns / speculation, locking in a sale (or sales) in the next couple days (or weeks) shouldn’t be ignored for beans and/or canola (new crop or old crop). Why? Even with a healthy stocks-to-use ratio, we’re looking at a record global carryout for soybeans and record canola acres in Canada looming for the 2017/18 crop. In addition to the likelihood of record U.S. soybean acreage and palm oil production rebounding from thanks bad years thanks to El Nino, there will likely be more oilseeds to work through at this time a year from now.