Canola and oats were down 0.45% and 0.5% respectively compared to a week ago while corn and wheat lost 1.1% and 1.7% each. The soybean complex took the biggest hit though, with soyoil down 1.5% from last Friday’s close, soybeans down 1.75% week-over-week, and soymeal losing 2.3% of its value. While soybeans make financial sense to plant in 2017/18 across America, many traders continue to acknowledge that corn has always been the traditional crop for the U.S. farmer and is the USDA accounting for this?

Said acreage estimates came out from the USDA at their annual Outlook Forum and without disappointment, a lot of soybeans are going in. Last year the American farmer planted 83.6 million acres of soybeans but this coming season, that number is expected to jump 5.5% to 88 million (trade was expecting 88.3 million acres). Where are those acres coming from?

Quite simply, corn and wheat. U.S. corn acreage is expected to drop 4.3% from the 94 million last year to 90 million in 2017/18. For wheat, total acreage is expected to drop significantly by 8.3% year-over-year to 46 million, with most of the decline coming in winter wheat acre reductions. From a price point perspective, the U.S.D.A. is forecasting an average value of $9.60 USD / bushel for soybeans, $3.50 for corn, and $4.30 for wheat. 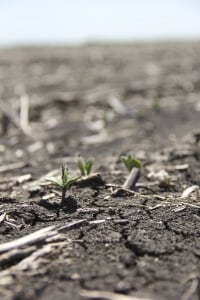 Goldman Sachs thinks that higher soybeans prices won’t happen as they’re expecting a return to more normalized corn-to-soybean price ratio with corn prices staying where they are and beans falling back to $8.85 USD / bushel on the March 2018 contract). Rabobank is a bit more optimistic as they think soymeal will continue to enjoy strong demand in the U.S. and elsewhere. Conversely, it’s worth noting that another soybean byproduct, soyoil, touched a 5-month low this week and the next line of support is 31.5¢/lbs, albeit with palm oil prices forecasted to be much lower in the second half of 2017, that line might be even lower.

In Brazil though, the recent rains in Brazil are hurting the pace of combining, which is creating some quality issues for the crop coming off, but also creating logistical nightmares – it’s hard to go whatever way you’re supposed to when the “highways” are literally dirt. Brazilian soybean producers continue to wait on a weaker Real or something else that’s going to push prices higher again as they remain less sold than they were a year ago and are selling only what they need to, to cover costs. With the harvest likely getting closer to 30% by this weekend (well ahead of the average pace), there’s still a fair amount of beans that are available for sale.

The International Grains Council also came out with some new forecasts, highlighted by some changes in specific countries but, aggregately, not much difference. Expectations are that you’ll see lower acres in places like Russia and Canada thanks to profitability concerns, but global production is forecasted by the IGC to only fall 2% in 2017/18 from the 2016/17 crop of 735 million tonnes. Also of note is that the 2016/17 global wheat carryout was raised to a record 236 million tonnes, mainly because of the surprising crops coming out of the southern hemisphere (AKA Australia and Argentina).

Global corn ending stocks are also pegged at a record by the IGC at 224 million tonnes, which would technically be up 14 million tonnes or 6.4% year-over-year, but because acreage is expected to fall by 1% in 2017/18 to 450 million acres worldwide, leading to a production of 1.023 billion tonnes (down 3% from 2016/17). 2017/18 global soybean acreage is forecasted by the IGC at 304 milloin acres globally, while canola/rapeseed acres are expected to climb 4% year-over-year (mainly thanks to Canada and Australia) due to better returns compared to other crops.

Finally, global 2017/18 barley acres is set to increase 1% (mainly thanks to more North African acres) but global barley trade this year in 2016/17 is expected to decline 13% from 2015/16 to 26 million tonnes, mainly because of less buying by China & Saudi Arabia.

On global wheat prospects, 83% of the French soft wheat crop is rated in good-to-excellent condition, slightly below the 94% at this time a year ago. In America, the USDA is expecting a 50 million-tonne wheat crop, which would be the lowest US-wheat production number in 11 years and a 20% drop year-over-year. In Argentina, the Ag Ministry raised their wheat production estimate to 18.4 million tonnes, an increase of more than 60% or 7 million tonnes compared to last year’s crop and thanks mainly in part to the 15.7 million acres that are expected to get harvested, not the 13.2 million previously thought!

On the wheat trade front, the stronger Russian ruble continues to stagnate sales, although 200,000 MT was contracted by Syria this week. But on the slower sales front for example, one of the largest corporate farms in the world, Black Earth Farming is holding 18% more grain right now than this time a year ago because it hasn’t made a huge amount of sense to sell. Staying in the Black Sea, the USDA just suggested that grain area in Russia and Ukraine will likely grow by 5-10% in the next decade, and the crop planted with oilseeds should expand by much more. What we do know is that there’s literally millions of untapped acres in Russia that haven’t been farmed in decades but as trade with Asia becomes more important, it would be dumb of Russia not to develop these areas (and the Kremlin isn’t as dumb as you think). 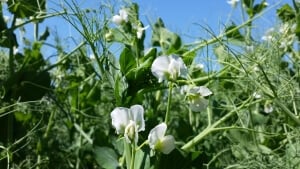 Speaking of updated production, India is trying to get towards a world of not importing more when it comes to pulses. The Indian government is targeting domestic production of 24 million tonnes by 2020/21 under a 5-year plan recently announced. By then, the domestic demand of pulses is likely to come in somewhere between 24 and 27 million tonnes.

One can conclude though that with not a whole bunch of positive news on the fumigation exemption front for Canada, India might be more interested in going in its own way, especially since they’re expected to harvest 22 million tonnes of total pulses this year, a 35% jump in production year-over-year.

AAFC may not be accounting for the risk of a new Indian fumigation policy exemption for Canada not getting done as they kept the Canadian 2016/17 peas carryout number the same (and higher than a year ago) but increased lentil exports by 200,000, pushing ending stocks down to 425,000 MT. On the cereals front, given the bigger than expected and better than expected quality, durum wheat stocks were raised by 200,000 to 2.8 million tonnes and other wheat carryout was raised by 500,000 to 4 million tonnes.

On the flip side, Ag Canada raised their domestic canola crush demand by 100,000 to 9 million tonnes and exports by 500,000 to 10 million tonnes. Of note is that Ag Canada figures that whatever’s still in the field that needs to get harvested will wind up as feed or waste and so they dropped their 2016/17 ending stocks number to 1.1 million tonnes (was 2 million previously). My only concern is that we’ve seen crush margins in Western Canada starting to trend lower for the past few weeks and things start to slow down in the spring – is Ag Canada accounting for this?

There's been a fair amount of interest in comparing the results of canola seeded with a drill versus a planter over the last decade, but as the percentage of acres sown with planters has increased, farmers and agronomists are also looking to compare different planter setups. This Canola School episode takes us to a planter…