How easily could your farm business absorb an added $120,000 bill? That’s approximately what Jan Vanderhout, co-owner of Beverly Greenhouses, says the new Ontario carbon tax will cost him this year, or just over $6,000 per acre of greenhouse space.

Vanderhout, a third-generation greenhouse grower and the chair of the Ontario Fruit and Vegetable Growers’ Association (OFVGA), says he’s not against doing his part to move environmental initiatives forward, but this tax misses the mark.

“Energy use is our second biggest line item,” Vanderhout says, adding that his greenhouse is already trying to be as efficient as possible. The issue, he says, is that this carbon tax doesn’t seem to have a transparent plan for getting the money raised back into initiatives that actually reduce energy use for Ontario businesses.

Will this added cost of doing business cause some businesses to move provinces or even countries? Listen below for Vanderhout’s thoughts.

Bonus: Take a tour of Beverly Greenhouses’ cucumber production in this video! 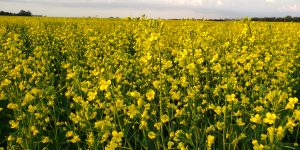 When the federal environment minister visits your farm…