If new rail legislation the federal government promised to introduce this spring is to be passed before the end of the session in June, it will have to be tabled soon.

“One would imagine with the legislative calendar, it’s going to be have to be in the next several weeks,” says Steve Pratte, rail policy guru and manager of policy development with the Canadian Canola Growers Association, in the interview below.

Temporary changes were implemented under Bill C-30, and the Canada Transportation Act has been reviewed, but the way grain transportation works in Western Canada has not undergone any fundamental changes since the massive backlog of 2013-14, Pratte says.

The Canola Growers and other grain industry groups are hoping to see some changes in the new rail legislation Transport Minister Marc Garneau committed to introducing when he announced the government’s “Transportation 2030” plan in early November.

In this interview filmed at FarmTech in Edmonton, Pratte discusses what’s on the horizon for rail transportation, and outlines three priorities the Canola Growers are hoping to see in the new rail bill:

1.) Changes to how the maximum revenue entitlement for grain (ie. the ‘revenue cap’) is calculated to recognize investments made by CN or CP in improving service. “In today’s world, if one makes a significant investment in rolling stock (for example), the actual credit is split between both of them. It makes sense conceptually that they’d be able to be compensated for the investments that they make. That would be the major one…” says Pratte.

2.) Extended interswitching distances made permanent — Under Bill C-30, the distance which one railway can “pull” grain off another company’s line was increased from 30km to 160km. The temporary measure has been extended, but is set to expire on August 1. Pratte explains they’d like to see the longer distances become part of the legislation: “We see that as an injection of pro-competitive signals into the system,” he explains.

3.) The ability of shippers to have reciprocal penalties in arbitrated service level agreements with railways. Currently, railways can penalize shippers for not meeting performance standards, but there’s no mechanism for shippers to hold railways commercially accountable for their level of service.

If passed before the end of the spring session on June 23, the new rail legislation could take effect as soon as August 1 of this year, notes Pratte.

In addition to the expected rail bill, we also discussed the looming challenge of replacing the aging government-owned hopper car fleet. At about $100,000 per car, Pratte says the replacement cost for  cars that will come off the rails between 2022 and 2035 will be in the range of $1.4 billion.

A timeline of where we’ve come on grain transportation since the backlog of 2013-14 (courtesy CCGA): 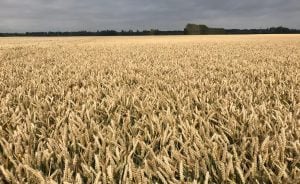 In 2020, Eric Watson broke his own world record when he harvested 258 bushels of wheat per acre on his Ashburton, New Zealand farm. It's an astounding yield that Canadian farmers can only dream about. But are there crop management tips that farmers in this country can glean from Watson's record-setting wheat? Bayer CropScience regional business…Read more »

Dirt Cheap Dairy is Not in Our Best Interest