And just like that, it’s February! This February 1st episode of the RealAg Radio program, recorded at FarmTech at Edmonton, has co-hosts Kelvin Heppner and Lyndsey Smith talking top news, coffee controversies and contests, and wheat variety choices.

In this episode you’ll hear from General Roméo Dallaire as he talks leadership in the face of conflict, how Warburtons has axed a wheat variety from its program, and from Brian Voth on the seven deadly(ish) sins of grain marketing. 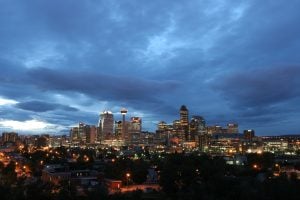 Can cities play a major role in serving the agriculture industry? Calgary, Alta. has the potential to become a major agricultural hub —like St. Louis, Missouri, or Salinas, California — but not without its own set of challenges. Our guest today on RealAg LIVE! is Mary Moran, president and CEO of Calgary Economic Development. RealAg…Read more »

RealAg Radio, Oct 29: Canola into China, Toyota’s Mirai, and the science of soil

RealAg Radio, Nov 6: Exports to China, Agri-Trade, and positivity in the grain markets