The organization representing India’s pulse crop industry expects its government will issue a three month extension allowing continued imports of peas and lentils that have not been fumigated, according to media reports in India.

The government for Canada’s largest pulse export market has previously said it will not extend a derogation (or exemption) that expires on March 31st allowing imported shipments that have not been fumigated with methyl bromide, an ozone-depleting chemical that is not used in Canada.

“Worldwide, the usage of methyl bromide (MBR) for fumigation is not allowed. We believe a three month extension will be given by the central government for fumigation of shipments of pulses,” Pravin Dongre, chair of the India Pulses and Grains Association, told the private Indo-Asian News Service on Sunday.

Last week, the Hindu BusinessLine newspaper quoted an anonymous government official saying India’s agriculture ministry “is in the final stages of formally deciding on extending the permission to fumigate import consignments at Indian ports after receiving several representations on the problems that exporting countries and domestic traders face. However, the extension being considered would be a short one and not year-long.”

The government official also referred to finding a replacement for methyl bromide: “We have to come up with an alternative. But it has to be equally effective in killing quarantine pests and not harm the environment.”

As of mid-day Monday, Pulse Canada said there has been no formal statement from India’s government on the issue.

India is the destination for just over a third of Canada’s pulse exports, with Canadian pulses representing around half of India’s imports in recent years. In 2016, Canada exported 1.9 million tonnes of pulse crops worth more than $1.1 billion to India.

“Canada realizes the importance of India as a trade partner on pulses, and I believe India recognizes Canada as a very large and consistent supplier of pulses, so there’s mutual reliance on one another for a very important product,” said Jeworski. “That alone gives me reason for a lot of optimism that this will be resolved in a timely manner.” 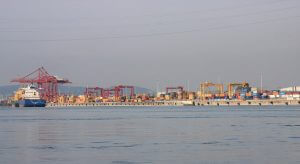