The Canadian Grain Commission has come out with a plan to cut its user fees by 24 percent as of August 1, 2017.

In the April 22nd edition of Canada Gazette, the CGC proposed reducing the amount charged for its official inspection and weighing services by $0.44 per tonne or just under $10 million (from August 1, 2017 to March 31, 2018, based on a projected grain handling volume of 34.4 million metric tonnes.)

The reduction would limit further accumulation in the CGC’s user fee surplus, which has climbed over $100 million since the current five-year fee schedule was implemented in 2013.

“When the CGC’s fees were last updated in 2013, the intention was to generate no material surpluses or deficits over a five-year cycle,” notes the proposal in Canada Gazette.

Grain Growers of Canada issued a statement on Monday welcoming the proposed change.

“The accelerated reduction is ahead of the original schedule of new user fees which would have started April 1, 2018. This move is in line with our recent calls to Minister MacAulay and the Commission to prevent the further accumulation of the surplus,” said GGC president Jeff Nielsen.

Stakeholder comments on the reduced fee proposal for 2017-18 will be accepted until May 22.

The Grain Commission is also accepting input on what to do with the $107 million-plus user fee surplus from the past few years, and how user fees should be calculated starting in 2018. The public comment period ends on May 1.

“We applaud this regulation and look forward to working with government on the consultations around the new fee schedule and use of the current surplus. As an industry, it is important to know that government is listening to the needs of farmers and decisions such as this demonstrate that our voices are being heard in Ottawa,” said Nielsen.

To reduce transactional costs for the CGC and grain companies, the proposal also includes the elimination of time and one-half overtime fees and the double time overtime fee. Overtime costs would be included in the official inspection fee.

Editor’s note: The story has been updated to show the total user fee savings of $10 million applied over an 8-month period (from August 1, 2017 to the end of the CGC’s fiscal year on March 31, 2018.) This is equal to a 24 percent reduction in overal user fees. The earlier version described the $10 million as a 15 percent reduction over a 12 month period, as described in the regulatory proposal published in Canada Gazette. 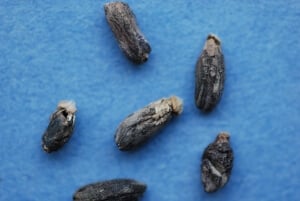 Copper — The Best Thing for Wheat Since Sliced Bread?

By Shane Thomas Plant nutrients are always big driving factors in how our crops yield, with macronutrients getting the majority of the attention. However, micronutrients can be limiting factors in a lot of our cropping systems, especially for those really pushing yield with intense management. One micronutrient that gets discussed a lot is copper. This…Read more »