A record 22.4 million acres of canola will be seeded in Canada this year, but wheat will remain number one in terms of area, according to the Statistics Canada seeding intentions report published on Friday.

The StatsCan all-wheat estimate came in at 23.2 million acres, higher than highest pre-report analyst predictions, which ranged from 21.2 to 23 million.

The canola number is right at the high end of trade estimates, which ranged from 20.3 to 22.5 million.

Soybeans are expected to pass barley as the third largest crop in the country, with just under 7 million acres, led by the expansion on the prairies. Manitoba and Saskatchewan are projected to plant almost 3 million acres of beans, according to StatsCan (2.2 million in MB, and 730,000 in SK.)

The numbers are on the high side in general, as Chuck Penner of LeftField Commodity Research notes the total area described by StatsCan is up almost 2 million acres from 2016:

Corn acreage is projected to rise slightly, to 3.8 million acres nationally, with 2.2 million in Ontario. 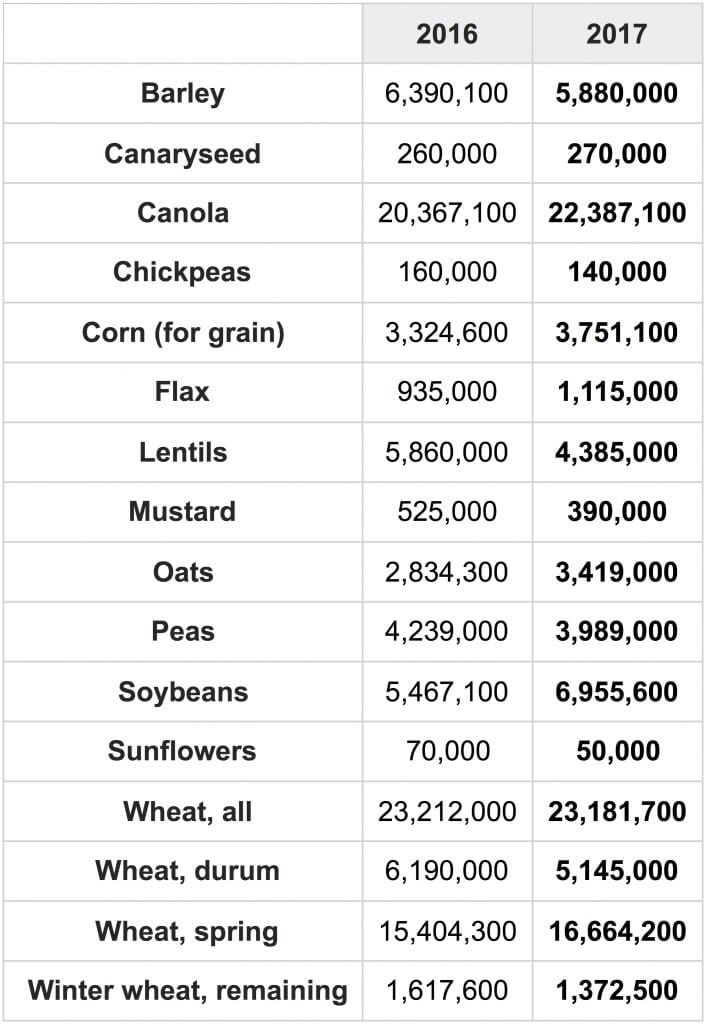 Wheat School: Are We Reaching a Tipping Point in the Wheat Market?