Grain markets headed into the American Memorial Day long weekend with a bearish tinge as a result of some better weather.

The Canadian Loonie gained 0.45% for the week on the Bank of Canada keeping interest rates unchanged at 0.5%, which pushed canola prices down 1.1% since last Friday. Oats were the winner of the week, up 1.35% on seeding concerns, while wheat wasn’t far behind, up 0.8% on quality concerns in the U.S Northern Plains. Corn gained 0.34% on replanting and acreage switch concerns, which weighed on soybeans, as it lost 2.85% for the week on expectation that more than just 89.5 million of American acres could get seeded with the oilseed this year.

On the weather front, the American Plains (both north and south) and the Western Cornbelt will see a solid mix of sun and rain over the next week with some above-average temperatures, whereas the Eastern Cornbelt will get more cooler and intermittently wet weather.

Europe’s agricultural research unit, MARS, recently cut its EU yield forecasts, blaming inclement winter conditions and dry spring conditions starting to impact vegetative growth. More specifically, the worst of the worst is seen in Spain where barley yields are expected to drop 30% year-over-year to 47.2 bushels per acre. The French soft wheat yield forecast was dropped to 100.7 bu/ac, which would be in line with last year but below the 5-year average. French durum and barley yield forecasts were also lowered, along with rapeseed yields in France, Germany, and across Europe on average, to 57.7, 59.6, and 54 bushels per acre respectively.

It’s not all negative though, as some helpful rains in recent weeks in the United Kingdom have helped MARS move to “higher than average” yield expectations for UK fields. More specifically, barley and wheat yields there were raised to 118.4 and 121.3 bu/ac respectively. Looking more broadly, INTL FC Stone says that EU wheat prices have limited downside because of the aforementioned lower yield prospects in E.U., but also a slower start to the Black Sea harvest. However, while SovEcon did just drop their estimate of total grain production in Russia this year by 3 million tonnes to 106.5 million tonnes, their wheat estimate was actually raised by 500,000 to 63 million tonnes. 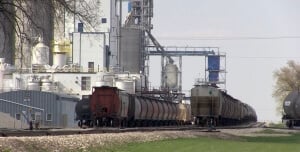 In the Black Sea, INTL FC Stone is looking at some drier conditions for June and July but this will likely help the pace at which they’re able to get their winter wheat harvest off after some wetter conditions lately. With production concerns imminent, BlackRock, the world’s largest asset manager says that we may be nearing the bottom of the grains cycle. With things near the bottom, we tend to see a little more merger and acquisition activity (companies and their assets are undervalued), which this go-around has been led by Glencore (parent company of Viterra) looking to make a play with Bunge.

There’s more than a few though who are skeptical that this deal will get done, as Bunge is certainly selling when it is down on its knees after a terrible quarter. Given where grain prices and the general state of margin compression is at for companies, Tom Polansek from Reuters made a great point this week that you either need to “partner, merge, or wait for bad weather” to try to extract more shareholder value.

Domestic Chinese meal demand may be slowing as China only bought 1 cargo of U.S. soybeans last week, and with crush margins in the People’s Republic now at 3-year-lows, a slowdown in purchasing activity may be seen. The waning demand has more to do with hog producer margins in China sitting at 2-year lows and soymeal stocks being nearly as plentiful as they were in 2012. Nonetheless, it’s expected that Brazil will ship out a record about of soybeans in May, likely shattering the previous mark by 2 million tonnes. Accordingly, the next target to the downside on the charts is April lows around $9.30 USD/bushel.

For corn, it’s easily argued that corn will break out of its trading range of $3.96 and $3.75 before mid-June and that weather rallies could help break things out higher, but acreage and potential production will likely be priced in before the June 30th acreage report. (As evidenced by University of Illinois research, there’s a decent correlation between crop ratings in mid-June and the yield projections then to the final yield numbers).

This in mind, more analysts seem to be getting bearish, but acknowledge that there will be small bullish blips that will sway people to thinking there’s a longer-term trend. For corn, there is some potential for prices to go higher but but there’s a lot of old crop corn left in the American pipeline that needs to get moved. That being said, without a weather scare, basis could start to get pretty ugly and those without a plan today will be left with worse-off prices in a few months from now as new crop production potential is known and priced into the market.

For soybeans, the June 30th stocks and acreage report will likely be able to show us how many acres switched over from corn to the oilseed. With the threat of an acreage switch, Todd Hubbs of the University of Illinois says that corn has less downside potential, whereas any rallies before that Friday, June 30th report should be considered a good opportunity to sell more beans. 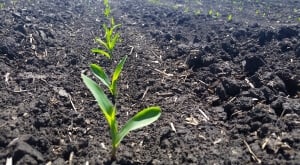 Backing this theory up, seed companies are starting to admit that they are getting historically large requests for additional seed to replant crops that have been in moisture-overload. While it’s far from the replanting done in 1993, it ranks up there, according to some players, as the 2nd or 3rd worst in history. It’s been usually recognized that anything after the 2nd week of June will usually only get you 50% of the maximum yield if you’re planting corn that late, which means that you’re likely going to see more soybeans go into the ground in the U.S..

In Canada, a record amount of rain has falling between Toronto and Ottawa this year, making very difficult to even get into the field, let alone try to take on the challenge of replanting. In Western Canada, things are progressing well in Manitoba, the Saskatchewan government thinks that 1.6 million acres won’t get planted in their province, and the backlog of finishing up Harvest 2016 amidst soggy conditions in the 2/3s of grain producing regions in Alberta is making finishing #plant17 pretty hard.

The Canadian ag ministry recently noted that almost all acreage increases in spring wheat will be taken on by hard red spring wheat, accounting for 80% of total wheat acres, versus 76% in 2016/17. That being said, hard red spring wheat prices have been trending a bit higher lately with some of the U.S. winter wheat crop concerns.

AAFC also raised its price forecast for canola by $5 CAD/MT to a top end value of $540 CAD / MT, pointing to strong export and domestic demand and the subsequent 500,000 MT downgrade of available canola supplies by the end of 2016/17 for final marketing year ending stocks of just 600,000 MT. This isn’t necessarily bearish or bullish though because the government’s forecasts are now starting to fall in line with where the market is already priced.

March WASDE not impactful — this week in the grain markets

Betting on the Weather — This Week in the Grain Markets