The new president of the Canola Council of Canada says his goal is to follow through on the council’s strategic plan, with priority shifting away from increasing acres to maximizing yields and value per acre for growers and the industry.

Jim Everson’s first official day in the Canola Council’s office in Winnipeg was on May 23rd.

As noted in our conversation below, it’s sort of a homecoming for Everson, as he worked for the Canola Council as vice president of government relations from 2008 to 2015 (although based in Ottawa). Most recently he was the executive director of Soy Canada,

When it comes to setting the direction for the canola industry group, Everson says he intends to keep the organization moving toward its targets for 2025, which include boosting annual production to 26 million tonnes (or 52 bu/ac on 22 million acres.)

“The goals are really well-stated in the Keep It Coming strategic plan that canola already has in place,” he says.

“It’s a focus not as much on acreage as on yield and expanding innovation…,” Everson explains. “We want to ensure we continue to have sustainable production and (we want) to meet our targets, which are a higher yield and assisting the producer and the industry in making the most out of the land that is already seeded to canola.” 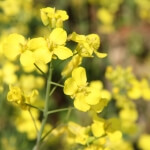 Meanwhile, there have been rumblings over the years about the canola group potentially joining Soy Canada, and maybe the Flax Council of Canada, to form an ‘oilseed council.’ Given Everson’s history with the soybean industry organization, what does he think about the idea?

“Collaboration is really important. Partnerships are important,” he says, noting the Canola Council already collaborates with other commodity groups through the Canada Grains Council, the Canadian Agri-Food Trade Alliance, the Keep It Clean campaign and elsewhere. “I’ve only just started the work here so I’m not sure what that overall approach will be, but I think we have to look at all opportunities to work together.”

(This interview originally aired on RealAg Radio on May 30th.)

The Governments of Canada and Saskatchewan, along with the Saskatchewan Association of Rural Municipalities (SARM), announced a new Pest Biosecurity Program for the province on Thursday. An overview The program will receive an annual investment of $2.85 million from the Canadian Agricultural Partnership (CAP), for five years. Administered by the SARM, it will offer rural municipalities…