For canola, that’s well beyond the record area projected in April of 22.4 million, and 12 percent higher than the 20.4 million acres grown in 2016. While there are serious concerns about yield potential due to the too dry/too wet conditions, the 22.8 million figure is higher than what the trade was expecting, and higher than wheat acres for the first time in Canadian history. 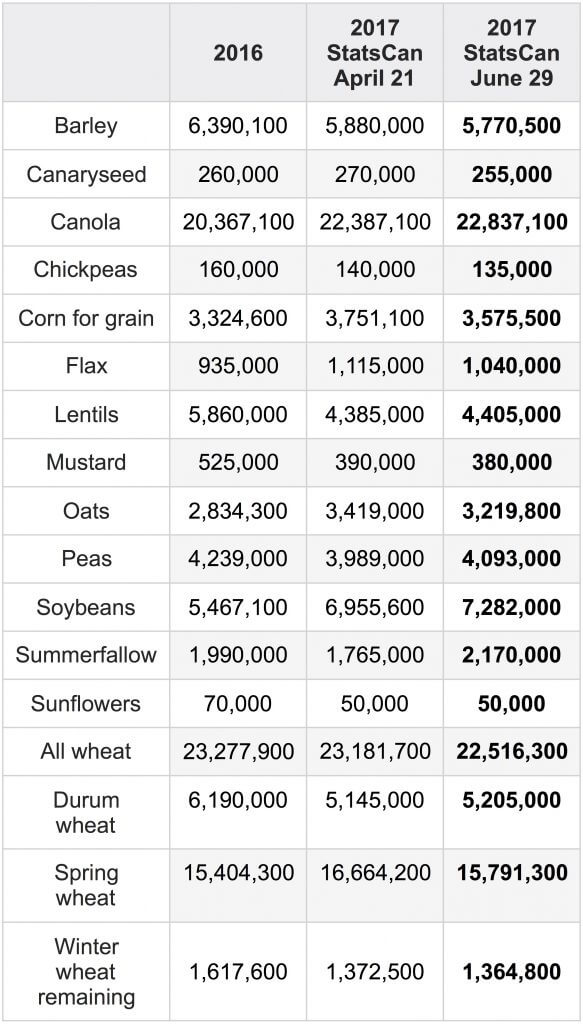