Sometimes it’s hard to get more than a few days for a vacation, no matter where you’re going.

Take our recent vacation to Newfoundland, for example. We had only four days available at the tail end of my wife’s conference in St. John’s, but we were determined to see the western part of the province before we had to head back.

I flew from Toronto to St. John’s, where my wife met me at the airport. We’d already decided to stick around St. John’s for the day, so after getting my luggage and after a few stops and starts (see “cautionary note” below) we picked up our rental and drove back to the Delta downtown where she’d been staying.

That’s hardly enough time to see even a portion of St. John’s, but we did our best. We hung out by the waterfront, sampled a tasty and generous flight of beer at The Keg, and followed it up with a very foggy harbour cruise to see whales (we saw a few in the far distance). After, we took a cab to Signal Hill, then walked back to home base, then ended off the evening with a superb seafood dinner at the St. John’s Fish Exchange.

Early Sunday morning, before the city awoke, we jumped into our Ford Explorer and began a day-long across the province to Gros Morne.

This, and the rest of the trip, was a driver’s delight. It featured broad, well-maintained highways with few vehicles (compared to southern Ontario, anyway), so the driver can take in the scenery and really enjoy the ride. The sure-footed, comfortable Ford Explorer we’d rented made the trip that much more enjoyable. From St. John’s to Gros Morne, there are few temptations to slow you down if you’re on a mission like we were. We stopped only briefly for lunch at Clarenville, at a Tim’s with a view, then fired off again.

Our initial destination was Neddie’s Harbour Inn, in Norris Point, in the heart of Gros Morne National Park. This classy accommodation came highly recommended by Newfoundland photographer Tom Cochrane, a friend of my wife’s (follow him on Instagram @tomcochrane for amazing shots of the province). I’d heard about it earlier from Anita Stewart, one of the country’s leading authorities on Canadian food, who raved about the meals at the inn’s restaurant, the Black Spruce.

Neddies is newish, quaint and unobtrusive on the landscape, with just 16 conservatively appointed rooms. Peak season rates are about $230 a night. The location is wonderfully central for seeing the park.

We were as impressed with the setting as we were with the food. The Black Spruce has daily market fish that, to me, are natural choices for meals. Being on the ocean is like being on a livestock farm – you can look outside your bedroom window and see where your food is coming from. The Inn faces peaceful Bonne Bay, and lounging in the Muskoka chairs there watching the world go by at sunset is one of the most relaxing experiences I’ve ever encountered.

And good thing it was. The next day was a whopper.

After a great breakfast that included authentic fish cakes at the Black Spruce, we began what would be the trekking highlight of our trip. It started with a leisurely 90-minute hike across the eerily prehistoric and unforgettable Tablelands, which is essentially a fairly flat walk across the Earth’s mantle (take the Parks Canada guided tour to fully appreciate the magnitude of where you’re walking).

No problem. Hiking here is easy, we thought.

So we got back in our vehicle and drove up the highway a short distance to the Green Gardens trail.

Green Gardens is a 9 km. round-trip hike that requires about four hours. If you’re occasional hikers like us, the up-and-down Green Gardens might as well be Mt. Everest — but it’s a mount you can conquer, if you’re so willing and in half-decent shape.

Green Gardens starts out innocently enough, ascending up long, winding stone barrens called serpentine barrens. Then it descends mightily, and ascends again, and descends again, through forest and even some meadows, finally ending up at Old Man Cove.

Your reward is a spectacular view and a sandy beach…if you have the energy to climb down, let alone up, the hundreds of stairs that take you there. We didn’t. We really felt a sense of accomplishment just getting there. And after two hours, we were soaked to the skin with rain, fog and sweat, a little dehydrated, and eager to start back, knowing it would take us another two hours to get out.

Back at our vehicle, we were famished, and stopped to recuperate at the authentic Seaside Restaurant. Even though we looked like a mess, the host didn’t bat an eye; obviously, staff was used to hikers stumbling in to recharge themselves. By this time pour joints were starting to get a little stiff, so we drove back to Neddies to complete our adventure.

A key bonus at Neddies is the indoor hot tub that you can book for a private soak. We did, and remain convinced that hour-long immersion in the hot tub (and a bottle of wine) reduced our muscle soreness to the point that we could move pretty much effortlessly the next day. The hot tub needs to be booked in advance, which we hadn’t done. But we were lucky there was an hour free right before another glorious dinner at the Black Spruce.

Photographer Cochrane had also recommended a bed and breakfast called the Candlelight to us in Rocky Harbour, a small community not far from Neddies that would still give us good access to the park, so we checked out the next day and headed there. When we arrived, our initial reaction was muted; there’s a small graveyard right behind it, and when you sit in the backyard to watch fishing boats come and go you have to look over the tombstones.

Funny, though, you get used to it, and it adds another footnote to the adventure. Plus, it was a superb recommendation. Rocky Harbour itself is delightful, easy to walk around and laid back. It has some gorgeous craft shops with authentic apparel, such as traditional wool fishermen’s sweater my wife bought.

And the Candlelight ($130/night) was a treat. The breakfast menu was vast and excellent, our room was clean, well-appointed, modern and quiet. And the conversation with owners Diane and Peter, transplanted Ontarians who retired early to set up the B&B, was revealing. They said they try to source food locally and have some luck, but mostly have to run to nearby Deer Lake or Corner Brook for supplies. “The food services truck doesn’t stop at the end of our driveway when all we need is a couple of dozen eggs,” she said.

And if you want to meet people from your hometown, go to Newfoundland. Staying at the Candlelight the same night as us was my stepdaughter’s high school basketball coach. And the next day, on the boat tour of the magnificent freshwater fjord at Western Brook Pond, people from Guelph were in front of us and behind us. Line up early for that tour and be sure to get seats up top, they’re in high demand. And no wonder – the feeling of the massive, towering rock faces before you make you feel like you’re sitting in a toy boat in a swimming pool.

On our return back to St. John’s, we stopped in Gander for Ches’ famous fish and chips (even though it was only mid-afternoon) and then travelled onto our final destination, the popular and convenient Comfort Inn at the airport. By the time we arrived it was early evening, and although a night downtown St. John’s would have been fun, we were ready to kick back and do nothing. The hotel surpassed our expectations for food and, as its name suggests, comfort.

In the end, we felt satisfied that we’d packed in as much as we could during our four days there, without blowing a gasket. We hope to visit again, spend more time and go north to L’Anse aux Meadows. We’ve seen the midsection of the province, so we’d fly into Deer Lake (about 20 minutes from Gros Morne) to maximize our time on the west coast of the province, a true Canadian gem.

CAUTIONARY NOTE: Tourist season is brief but intense in Newfoundland. As a result, one of the hardest things to find there is a rental vehicle. Reserve yours months in advance, and check the reservation at least twice. Spell out the name of the town where you want to rent, and of course, specify if you’ll be picking up your vehicle at the airport or the downtown location. We made our booking over the phone instead of online because we had a couple of questions related to the rental. The friendly central reservations agent, located somewhere in the US, booked us a vehicle, no problem…but booked it for Saint John, New Brunswick, not St. John’s, Newfoundland. My wife went to pick up the vehicle prior to my arrival, only to find it was waiting for us a province or two away. Fortunately, our story has a happy ending: while we were pulling out hair out at the car rental kiosk, the agent managed to miraculously come through. I get a feeling though, our ride was a vehicle that people were waiting for in Saint John. 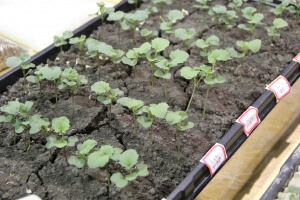 Real AgVentures: Cheers to Music City, where the action is