I’m sure that with all the sabre rattling going on over NAFTA, our friends in the US understand why Canada and Mexico want to strengthen ties with each other, like we did earlier this month at a meeting in Calgary.

There, Lawrence MacAulay, Canada’s Minister of Agriculture and Agri-Food, and José Calzada, Mexican Secretary of Agriculture, Livestock, Rural Development, Fisheries and Food, reaffirmed the importance of the NAFTA and the agricultural trade relationships between our two countries.

In a joint statement, MacAulay and Calzada said their meeting gave them an opportunity to shake hands on their commitment to continue collaborating in areas of common interest.

There are many — science and technology, for example, which they say is helping to advance key areas of research including climate change, and developing more disease resistant wheat and potato varieties.

They noted that as a region, and bilaterally, they have also worked together on plant and animal health, trade of biotechnology products and improved regulatory cooperation.

But unlike the US, Mexico isn’t moaning about how unfair our trade agreement is.

Rather, it quite likes what we grow and raise. And we reciprocate.

For example, as Agriculture and Agri-Food Canada points out, more than 90 per cent of canola seed imported by Mexico is from Canada. It’s our largest export there. In 2016, $826 million of canola products were exported from us to them. The Canadian Canola Growers’ Association is clear: Mexico is an important market for Canadian canola farmers.

And so it is for other commodities. After canola seed, in order comes pork, wheat, beef and malt. It’s a big market, and has the potential to grow even further. Mexico has a population of 128 million, and 35 per cent of which are considered middle class. Presently, only 10 per cent can actually afford imported food. But still, that’s nearly 13 million people.

In June, before the MacAulay–Calzada meeting, Canada Beef tipped its hat to Mexico as part of a special tribute to our country’s sesquicentennial and the role of beef in shaping the history of the country.

High-end restaurants, resorts and chefs there such as Zahie Téllez are paying particular attention to top Canadian cuts. In Calgary and Banff, Téllez was invited as a guest chef at the Fairmont hotels, to join executive chef J.W. Foster in preparing Canadian beef with a Mexican flare.

“These factors add up to make Canadian beef distinct,” she said. “We can’t raise beef like this in Mexico.”

By the same token, there are certain things we can’t produce here as well as they do in Mexico, such as avocados — 95 per cent of all the avocados consumed in Canada are from Mexico.

Other notable imports are tomatoes, peppers, and of course, cerveza.

So cheers to the Canada-Mexico connection. It’s a solid, reliable partnership that is only destined to grow. 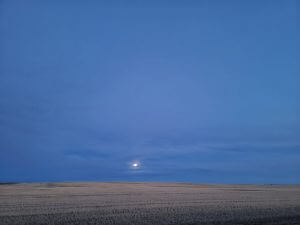 RealAg LIVE! with Shaun Haney on the Canada Grain Act

Swirling around in the news lately is the Canada Grain Act review, and while it's not the sexiest subject in the realm of ag these days, it's still incredibly important. We're going to make it interesting for you, we promise. Our host Shaun Haney's on for today's Freestyle Friday LIVE! and he's got the docket…Read more »