Unfortunately cash dropped again this week which is making things frustrating for cattle feeders.  In the last three months the December live cattle future is down 7.22% and is 10.52% off of the highs. Cash dropped another three dollars this week after losing five dollars the week before.

On Friday, the the December contract closed at $109.925 which is hopefully assisting in finding a bottom for the end of the year contract. Cash was in a premium to the future sometime do to strong basis but that has changed.

Th market has been under pressure and the heat of the fall run is about to begin which has feeders and ranchers under some stress to find stronger margins.

The Canadian dollar has bounced down from 80 cents is a positive for cattle feeders.  A bit of a wild card is the feed costs.  The Canadian barley crop will have very variable yields and the US corn crop is yet to be determined but is looking better than many famers have

Listen to Shaun and Anne Wasko discuss the beef and cattle markets in this weeks Beef Market Update which was recorded on Friday morning. Enjoy and have a great weekend. 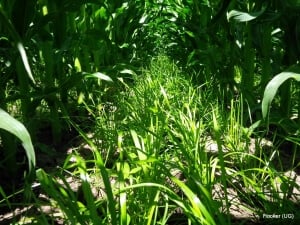 Research Priorities Laid Out for Antimicrobial Use in Beef Cattle

Getting the carbon-to-nitrogen ratio right when composting manure

Alberta JBS beef plant continues to operate with one shift