SaskCanola is letting canola growers in the northwest part of the province know clubroot disease has been found at high levels in the region.

“We’ve been advised that one new field in the northwest region of the province is heavily infested with clubroot,” says Janice Tranberg, executive director, in a statement issued Monday. “In response to this finding, SaskCanola is working with the Canola Council of Canada and the Saskatchewan Ministry of Agriculture to reinforce producer awareness of the clubroot management fundamentals.” 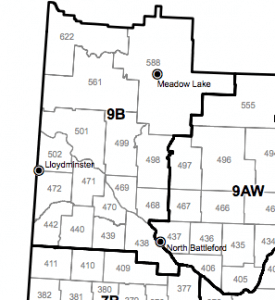 The heavily infested field is in crop district 9B, which extends north and west from North Battleford to the Alberta border (see map).

The news comes days after the Canola Council of Canada said clubroot had been confirmed in the Peace River region of Alberta.

SaskCanola reminds growers to manage the risk of clubroot disease in several ways: