Grain markets this week saw a significant sell-off as better growing conditions are helping improve crop prospects. Soybeans had a terrible week, down 5.35%. Chicago wheat wasn’t that far behind, down 5.3%. Oats fell 2.5%. Corn and canola were both down 1.9%. This despite the Canadian Dollar also falling 1.8% from its high last week. Overall, despite some heat continue to impact crops in Western Canada and the Northern Plains, the market seems to be pricing in the benign weather ahead of the August WASDE out from the USDA on Thursday, August 10th. The market is certainly conflicted on values as the debate rages on where yield, production, and demand numbers end up.

In Brazil, farmers are facing storage and transportation challenges. Local corn prices in Mato Grasso, Brazil’s largest growing region, are rumored to be well under $2.00 USD / bushel for corn. A protest by truck drivers has delayed corn loading and the haul of grain. Protestors are blocking the key federal road out of the corn producing region which leads to both the Northern and Southern ports of the country. Reuters has also reported similar protests in the nation’s coffee producing regions.

While dry weather is limiting spoilage risk, heavy rains are expected to show up in 4Q2017. According to the United Nations’ FAO, Brazil’s grain storage capacity is only half of what is recommended.
Nowhere is the storage situation worse than in Mato Grosso, 29.5 million tonnes of corn got harvested in this year’s crop. That’s a 55% jump from last year’s drought-riddled crop. The state also has 33.5 million tonnes of storage capacity. However there’s lots of soybeans already owning some of that space. It’s suggested that at least five million tonnes of corn has to move out of Mato Grasso every month through the end of 2017 to prevent storage problems for new crop heading into the soybean planting season, which starts in late October.

The storage problems will likely grow worse if current trends continue. According to Bunge, Brazil will plant and harvest another big crop in 2017/18 as well. 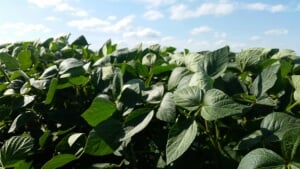 Where the crop prospects are becoming a bit more known is in America. Informa updated their forecasts for soybeans, calling for 47.2 bushels per acre. If we look again at Pioneer’s forecasting, soybean yields across the I-states in Iowa, Illinois, and Indiana are pegged at 52.5, 54.2, and 51 bushels per acre respectively. The high of the yield potential goes to Nebraska though at 57.8 bpa. It’s worth mentioning that Wisconsin’s average soybean yield is pegged at 55 bpa while North Dakota is at 34.2 bpa.

Todd Hubbs from the University of Illinois tells us that the USDA’s number next Thursday on August 10th will only reflect crop conditions from the July 23rd report. As such, he’s currently putting a national forecast at 46.6 bushels per acre. Comparatively, INTL FC Stone’s soybeans yield forecast is one of the highest at 47.7 bushels per acre. Dr. Cordonnier is at 46.5 bpa. Todd notes that soybeans export numbers appear to be on track to meet their full-year target for 2016/17. However, crush numbers are going to have to pick up steam in July and August to meet the mark set by the USDA. It will have to be 5.7% more than what was crushed over the same period to be exact.

Pioneer’s digging into individual states — they’re forecasting an average yield of 195.7 bpa in Minnesota right now, but just 184.2 bpa in Iowa. Illinois is currently pegged at 182 bpa, but Indiana is just 162 bpa. On the low-end of things, South Dakota and North Dakota currently have yield estimates pegged by Pioneer at 108.5 and 107.8 bpa respectively.

Other notable yield projects include Dr. Cordonnier’s forecast of 163.5 bushels per acre. For Informa, they’re forecasting national corn yields of 165.9 bushels per acre. Considering where crop ratings are, there seems to be more influence from poor performing fields than those looking healthy.

Naomi Blohm of Stewart-Peterson thinks that it’s anyone’s guess at this point, but be ready to take advantage of better prices. With prices holding to a 35 cents/bushel trading range since October 2016, Blohm suggests that a 162-bushels per acre yield average could result in 2017/18 ending stocks below 1.6 Billion bushels of corn. “That would be a game-changer heading into 2018,” she says.

For wheat, the focus mostly is on international tenders and less-than-ideal growing conditions in North America. This is certainly supporting higher values but harvest pressures and international competition is limiting upside at this point. On the durum side of things, decent crops in North African regions may result in fewer imports needed by these countries. Double digit prices are available in Canada and nearing that in the U.S. However, they won’t stay around forever. The past few years we’ve seen higher durum values, the marketing year topped out somewhere between late October and late November.

The dry weather across the majority of cereal production regions in North America will likely mean some higher protein available this harvest. Obviously, the downside here is that there will be fewer bushels. This factor is certainly going to impact the malt barley crop. From Idaho up through Montana and into parts of southern Saskatchewan, heat will likely be a downgrading factor for malsters this year. Maltsters usually only take a maximum 11.5% – 12% protein, they might get selective like they did last year. 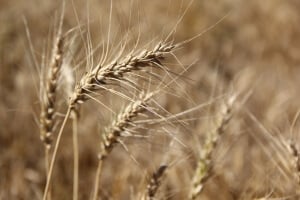 That being said though, you might see some blending going on, both on-farm and at the commercial level. Product that was left over from last year might have had some higher vomitoxin levels but lower protein. Since disease pressures aren’t that significant this year, you could easily see a mash up of high-protein, low-disease 2017/18 crop with the higher disease, lower protein crop from 2016/17. Combine this with some lower acreage from last year and abandoned acres from this year’s heat, there might seem to be some upside potential to malt barley prices. However, those price gains will likely be limited by the blending mentioned above.

Today, most pricing is for deferred delivery as malsters are still working through 2016/17 contracts. We do expect more US buyers to be looking for Canadian supply, given the drought conditions in western North Dakota and Montana. However, the stronger Canadian Dollar can negatively impact higher price expectations that you have. As always, we suggest as soon as your combines roll, get those samples sent in and tested so you have a strong marketing plan by showcasing exact specs.

Competing bulls and bears — This week in the grain markets