Canada has a reputation for producing superb food ingredients…then shipping them abroad to be processing into finished goods, which we buy back at a higher cost. We further lose their added value because the processing and manufacturing jobs that are part of creating finished goods are part of someone else’s economy, not ours.

Apologies if this sounds like Donald Trump economics, but it’s a recognized fact that turning commodities into finished products is good for any country’s economy.

But once Canadian products have been created from farmers’ efforts here, how do you find them?

In grocery stores, there’s no “Canada” section. And packaging can be misleading. Just because there’s a maple leaf on it doesn’t mean it’s truly Canadian.

For 14 years, University of Guelph food laureate Anita Stewart has been pushing hard for a national day of recognition to celebrate the efforts of Canadian food producers.

That effort has evolved into a grassroots event called Food Day Canada, which she has declared to be the Saturday of the August long weekend. This year, that date falls this Saturday, August 5.

As a rural Canadian (she’s from Elora, ON) Stewart has always been keenly aware of farmers’ role in feeding others, and their mostly unsung status. Despite farmers being central to food security in this country and others, the understanding of what they do is sporadic. Efforts to inform urban Canada about agriculture have had difficulty getting traction. 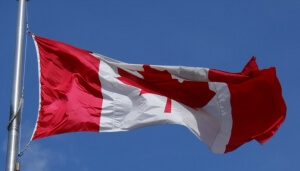 This year, as a nod to our sesquicentennial, Stewart’s Food Day Canada website has upped its game by listing 150 Canadian foods that consumers can indulge in. She’s hoping people will share their photos of how they’re celebrating Canadian agriculture and food, by posting their own stories, photos and videos of their Food Day Canada activities.

A new effort this year to help identify authentic Canadian products is called Canadian Cool Foods. Over the past two years, another rural Canadian, founder Marnie Scott, who comes from a Roland, MB farm family, has worked to create an extensive product database. She says it’s growing every day. With this information at hand, she has created the website as her own sesquicentennial project.

Scott says it helps everyone from consumers to manufacturers find foods and ingredients that meet the official description: 98 per cent or more Canadian ingredients, processing and labour.

Growers and manufacturers behind those foods can list their products on Scott’s site at no charge (it’s not an on-line store). There’s no size restriction on the companies, which opens the door for small, boutique, artisan and specialty product manufacturers.

And it’s truly covering the country, with products listed from nine provinces. Scott estimates products actually produced and processed on Canadian farms constitute 40 per cent of the 2,100 listings from 280 companies.

British Columbia leads the list with 618 products from 62 companies, followed in order by listings from Manitoba, Ontario and Alberta, respectively.

Among those are companies like The Garlic Garden in Yorkton, SK, Nunweiller’s Flour Company in Kelowna, BC, Chickadee Farm Herbs of Flatbush, AB and Nature’s Farm of Steinbach, MB.

The site has been public for just two months. It’s growth is encouraging, and represents a great opportunity for on-farm producers to show their stuff.