In our country, referendums are rare, and not for the faint of heart. Remember the Quebec separation referendums back in the 1990s? They nearly tore the country apart.

It’s a different story in Switzerland, which like us, is an agricultural nation. Here, referendums — like the one on food security that concluded on Sunday — are common. It’s not unusual to have four or more referendums take place in a year, owing to the country’s direct democracy style of government. They have referendums about topics most other countries would deal with in other democratic ways.

But despite referendums’ frequency here, this latest one — a multi-faceted proposal for a constitutional change — was especially pertinent to agriculture. It was billed by its champions (comprising all parties in the government and the Swiss farmers’ association) as a prescription for a portion of the country’s agricultural ills, social concerns and economic challenges.

Here are some of the reasons why:

Many Swiss people are alarmed that their country’s population rose 1.1 per cent last year, mainly due to immigration. That’s an eye-opening leap for a relatively small country. Along with ongoing concerns about globalization, disappearing farmland and food safety, a debate has ensued about how the country is going to feed its citizens if that population growth continues.

An associated worry is how Switzerland’s farmers, who do not have economies of scale on their side, will cope with competition from imports, and struggles from low prices. They’re especially concerned about what they claim are dismal prices for one of the country’s most popular and important commodities — milk. Support for dairy (and other supply-managed commodities) could easily be a referendum question all by itself in our country. The fact that it is only one part of the five-part referendum gives you an idea of its complexity. 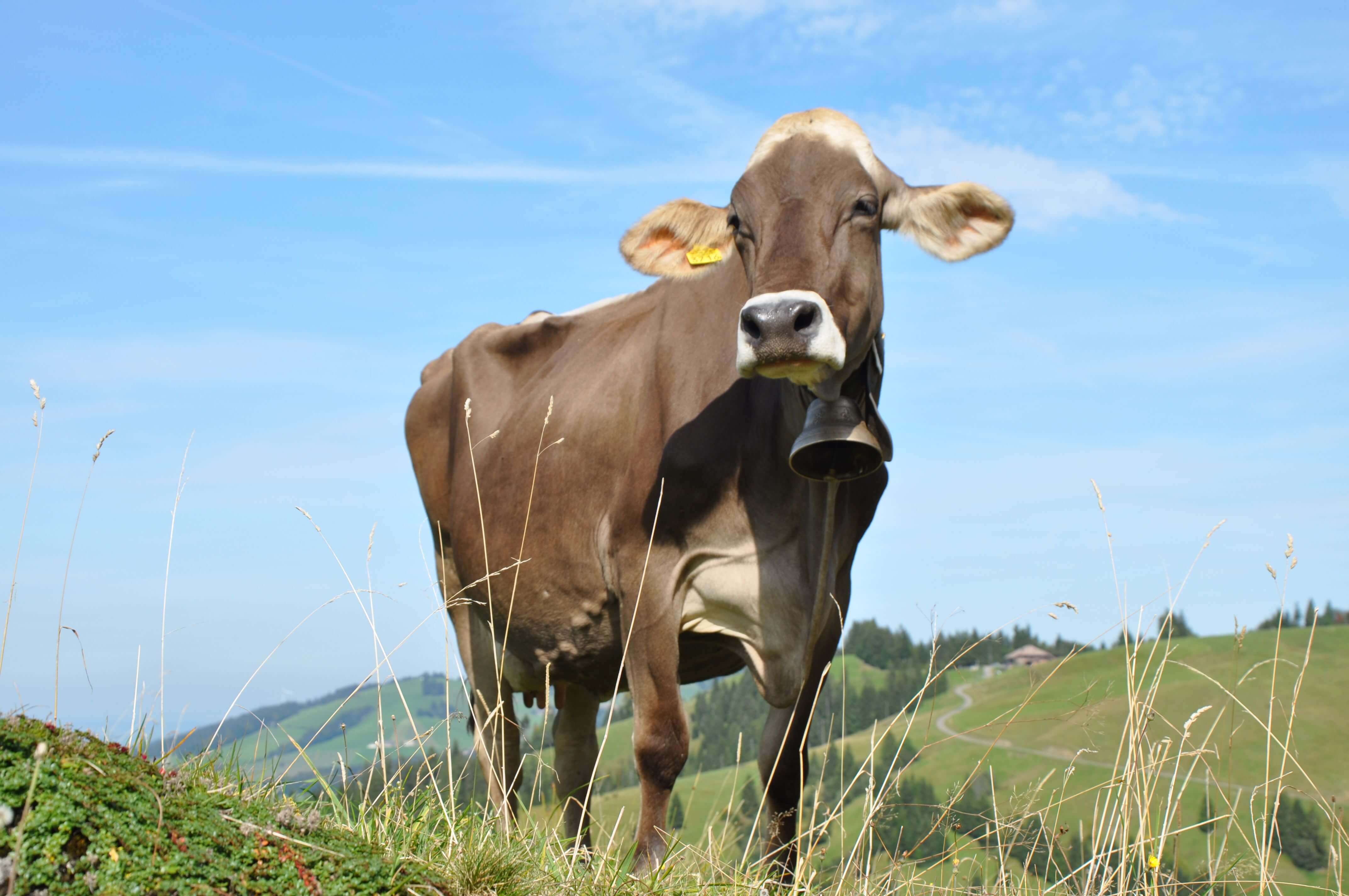 A mitigating factor in all this is that Switzerland has experienced hunger and isolation through the ages, and people either remember, or have heard the family stories. So these days, the country takes its food supply and image seriously. For example, mountain farmers get huge subsidies to raise animals in challenging alpine regions, tending to verdant pastures and pockets of livestock on what seem to be impossibly steep slopes. In doing so, they preserve the alpine farmland that creates the incredible, unparalleled postcard-like vistas that draw awestruck foreigners by the millions to Switzerland.

Without such commitment by farmers, alpine pasture would give way to natural forests that would creep back down the mountains. That would throw a wrench into increasingly popular tourism events such as the traditional alpine cattle descent, that’s been officially celebrated in the United Nations Educational, Scientific and Cultural Organization (UNESCO) Biosphere Entlebuch for the past 14 years. Traditionally clad alpine farmers drive their highly adorned cows down from their summer pastures in the mountains to their winter homes in the valley. The event involved about 300 cattle and a record 12,500 spectators this year, including 40 agricultural journalists. I was among them. 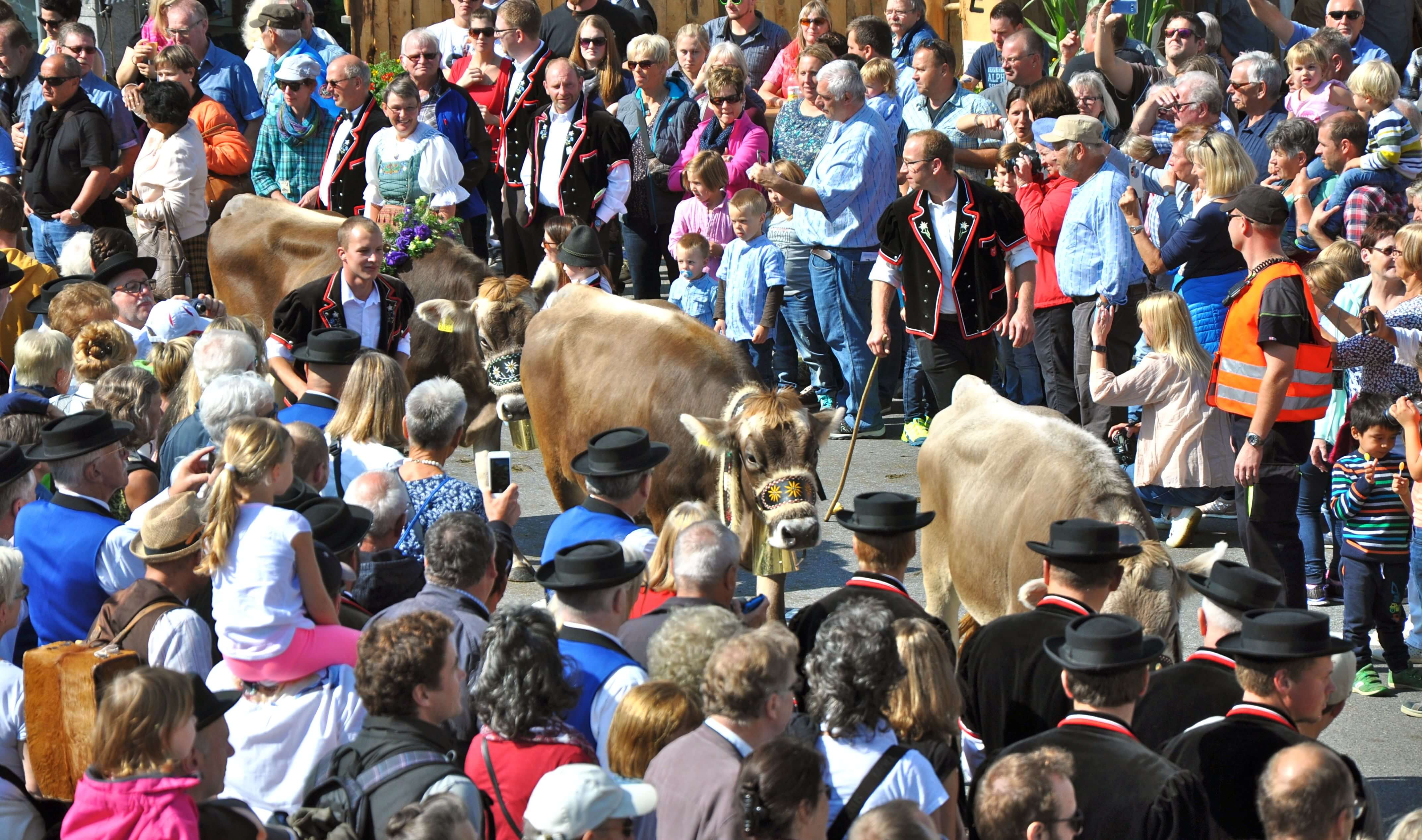 All things considered, the farmers union figured it had a timely case to make to Swiss citizens for supporting agriculture — again. It had tried something similar in 2014 and succeeded with the public, quickly attracting 150,000 signatures to petition the government for a referendum. But parliament voted it down, calling it too protectionist. Its supporters learned from that failure, and garnered political weight by adding more parts to what was originally a simple statement of support. In the process, they turned the referendum statement into a whopper that spanned the breadth of the value chain.

Here’s the referendum statement that Swiss people voted on:

In order to guarantee the supply of food to the population, the Confederation shall create the required conditions for:
a. Safeguarding the basis for agricultural production, and agricultural land in particular
b. Food production that is adapted to local conditions and which uses natural resources efficiently
c. An agriculture and food sector that responds to market requirements
d. Cross-border trade relations that contribute to the sustainable development of the agriculture and food sector
e. Using food in a way that conserves natural resources

Clear? Simple? Not really… but all inclusive, for sure.

In the weeks leading up the final day of voting, the referendum drew little opposition, except from the urban media. Its members did what media is supposed to do – namely, probe and disrupt comfortable opinion leaders who figured they had the referendum in the bag. A few sources came forward to call the referendum unnecessary, meaningless, and confusing. But on those occasions, it was the farmers’ union, not the farmers themselves, drawing fire for the referendum.

On some points, the criticism was easy to understand. For example, the president of the Swiss Farmers’ Association, Markus Ritter, admitted to our group of journalists that production-wise, nothing on his dairy farm would change as a result of the referendum.

Others said no immediate changes in the law would be required to institute any of the referendum’s measures.

But perhaps the biggest irony of this referendum was its final item, which opened the door for imports to play a role in food security. Some schools of thought consider imports to be contrary to a consistent, sustainable domestic food supply. They say that if the going got tough and food generally was in short supply, exporting countries would look after their own needs first.

Plus, there’s the economics of the situation. In Canada, for example, look at how much effort goes into import replacement. And even that’s not enough for some farmers.

But the Swiss referendum took a broad view. The thinking went like this: if Swiss farmers couldn’t grow what was needed to feed people (for some reason, bananas kept getting mentioned in the discussions I heard), then imports could be sought for security and sustainability. As well, back to earlier fears about protectionism, Switzerland’s manufacturing sector thought an open-for-business, external message had to be sent to the country’s trading partners. That sentiment had the support of the country’s economy and agriculture office, which is eager to promote Swiss exports.

A huge question arises though, one which the Swiss may be the first to deal with at the constitutional level: is all this compromise and inclusiveness a reflection of changing times, and of the reality that we are an export-oriented world when it comes to food? Society appears to support farmers. But it isn’t prepared to do without imported food it considers to either be a staple, or an entitlement.

In the end, farmers won. The final tally showed an impressive 78 per cent support, almost 20 per cent more than earlier polling had predicted. The wide interpretation is that Swiss people support their country’s farmers and the need for an affordable, sustainable food supply. The import-export provision gives them the right to demand similar high standards in those countries they buy from, and keeps the door open for those they sell to. That’s not a new concept, but when it’s in the constitution, it certainly stands out.

All this is worth gold to the Swiss farmers’ union. The strong referendum numbers give it a solid platform to go forward later and propose more meaningful measures that could help support farmers’ sustainability. This could mean even more subsidies for Swiss farmers, who globally are already at or near the top of the food chain when it comes to government support.

The results are also expected to lead to associated legislation and more referendum questions, such as measures to curb food waste. In fact, two more questions, about food sovereignty and fair trade, are now waiting in the wings.

But in the meantime, corks are being popped on a huge victory for agriculture.

Nothing to Hide? Then Join the Conversation and be Transparent About Technology