The latest three-month exemption to India’s rules requiring fumigation of pulse crops is nearing its expiration date, and Canadians are no nearer to an understanding of what, exactly, that might mean.

“As of today, we don’t know what India’s policy is going to be for bills of lading that are dated October 1 or later, and that puts a lot of uncertainty into the market,” Gordon Bacon, CEO of Pulse Canada told RealAgriculture’s Shaun Haney yesterday.

Since 2004, India has exempted Canadian peas and lentils from its requirement of fumigation at port of origin. Canada has struggled with the rule, as the fumigant, methyl bromide, is being phased out of the country for concerns over ozone depletion. The latest extension, granted at the last minute in July will end September 30.

“I really couldn’t speculate as to what is behind all of this in India,” said Bacon. “Other countries know with certainty until the end of December, how their exports to India will be treated — we don’t. That puts us into a different situation.”

The uncertainty of what will happen in October will have a trickle-down effect on farmers, said Bacon.

“We have to balance between short-term surpluses of product and long-term demand.”

Listen to Shaun’s conversation with Bacon for more on the uncertainty facing shipments of pulses to Canada’s largest pulse export market. 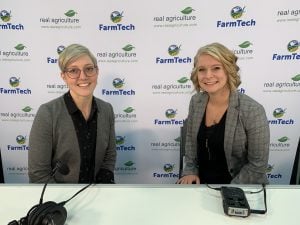 Spring is coming, and it always seems to creep up a little quicker than anticipated. After the year that was 2019, many producers are wondering how they are going to best deal with their soils moving into the season. Many across the Prairies that traditionally put down fall fertilizer or do tillage operations in the…Read more »