Grain markets had a mostly down week as a stronger U.S. dollar (up 1.2% for the week) weighed on futures markets. However, with the Canadian dollar dropping 1.45% to below 78 cents USD, this meant cash grain prices in Canada improved a bit, especially in canola, flax, and wheat. While canola futures prices on the ICE Canada Exchange only gained about 1.5%, cash prices for the oilseed was up about 3-4% across Western Canada. Corn prices were the only other crop able to squeak out of a positive gain, improving 1.1% since last Friday.

This week, the Bank of Canada left interest rates unchanged in the Great White North. The central bank said that the strong Canadian dollar has weighed on inflation and exports. After the announcement, the bank’s leaders said they would be “cautious” with future rate increases. The market took this as a bearish signal, and the Canadian loonie could fall below $0.78 cents USD (or $1 USD = $1.283 CAD) for the first time since mid-July 2017. As a reminder, the Loonie hit a 15-month-low in early May 2017, dipping below 73 cents USD before going on the rally we’ve seen the last five months.

The next big factor for the Canadian Dollar will be whether the U.S. Federal Reserve increases its interest rate. The “Fed” meets again next week, but the market doesn’t expect the next rate hike until December. The Fed has signaled that a rate hike will come during their final meeting of the year. The Fed also is pushing for at least two other hikes in 2018.If the Fed does increase rates, we may see the CAD-USD trade sink back to pre-summer rally levels (and where we saw things trade from early 2016 through to May 2017) at that $0.75 – $0.78. 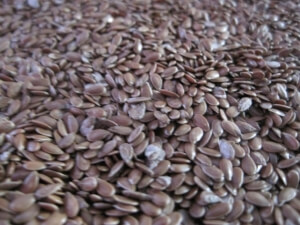 As mentioned, the Canadian loonie losing some legs has supported flax prices in Canada. One of the bearish factors includes the Saskatchewan government suggesting that yields in the Prairie province are 3 bushels (or 17%) higher than what StatsCan said back in September. The Sask Ag Ministry says that yields of this year’s Saskatchewan flax crop is actually 21 bushels per acre. StatsCan said back in September that they would come in at just 18.1 bushels per acre. We get the next StatsCan report in early December so it’s to be determined if StatsCan rolls up to more updated forecasts.

Conversely, what is helpful to flax prices is that China is starting to buy again, albeit in small increments. There’s still some heavy competition from the Black Sea but considering that growers seem to be waiting for higher prices, will they have to wait a bit more? As per the most recent Grains Canada, nearly 52,000 MT of flax has been exported out of Canada thus far this marketing year. That’s technically, 13% below this time a year ago. Worth noting as well is that producer deliveries so far are nearly at 78,000 MT. That’s nearly more than 27% above where it was a year ago.

Staying in Chinese oilseed imports, China imported a record 298 million bushels of soybeans in September 2017. What’s worth noting is that:

This continues to confirm FarmLead’s assessment that Brazil continues to be the most bearish thing about soybeans.

There’s more than a few bulls out there that are pointing to Brazil’s moisture issues as a catalyst to push soybean prices higher. Digging into Brazil’s soil situation, rain is falling sporadically across the country, but it’s still below average. And that’s frustrating for farmers, whose soybean planting pace is behind last year’s pace. Reseeding is happening as seeds are not germinating, thanks to the lack of rain. The long-term effects are that the second-crop safrina corn planting will likely happen later and even unviable in some areas.

Total August to October precipitation is estimated at just 4.6 inches. Last year it was 7.5 inches. The average is 10 inches. It’s expected that this moisture deficit will continue into early November. Ultimately, normal to above-normal rainfall is needed through into December to get soil moisture back to adequate levels. Keep in mind that over the next six weeks, farmers will plant most of the Brazilian crop. pointing to the lack of rain. 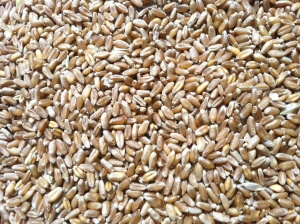 The fall-seeding campaign has been slowed in northern Europe and Baltic states (i.e., Latvia, Lithuania, and Estonia) because of some “excessive moisture,” according to MARS, the EU’s agronomy division. Conversely, lower precipitation totals since September in southern Europe and northern Africa hasn’t helped winter crop prospects. Areas that are affected include southern France, western Italy, Greece, Spain, Portugal, Algeria, and Morocco. Ironically, the areas that produce the most grain haven’t been harmed too bad. Winter crop seeding in Germany, France, and Poland was generally uninterrupted and earlier than usual.

Switching back north of the equator, the U.S. corn harvest and winter wheat planting pace is behind schedule. Rain is the main culprit, as it’s slowed combines and drills down. There is still a lot of corn out in the fields, and we could see smaller final yields (and higher prices). The rain in winter wheat seeding areas is a blessing and a curse. The moisture is needed but the best yields of the US winter wheat crop happen when the crop is planted earlier.

Overall, the market won’t make much of a squeak on winter wheat prices until there appears to be problem with it. This means that the market will be watching winter weather in the U.S. Southern Plains, Black Sea, and to a certain extent, what happens in the Southern Hemisphere (read: Australia and Argentina).

Russia and Ukraine should hit average grain yields in 2019

Returning to Innocence — This Week in the Grain Markets

Asking Premium Questions — This Week in the Grain Markets

Fall vs. spring application: what is best?

Sulphur is an essential nutrient that agricultural crops require for healthy growth and development. Typically, growers apply elemental sulphur in the fall to allow more time to oxidize. However, unlike traditional methods, Bio-Sul Premium Plus has flexible timing, which means you decide when it's right for your farm. Learn about the benefits and differences between…