While drier conditions made for a fairly smooth harvest across much of the southern Canadian prairies, the 2017 harvest chapter will go down as a very different story in the books of producers in central and northern parts of Alberta.

According to the provincial crop report published on Friday, only 59 percent of the overall crop was harvested in the northwest region of Alberta as of October 17th, with less than half of the canola harvested, due snow and rain delaying progress.

Harvest in the northeast region — Smoky Lake, Vermilion, Camrose, Provost — was estimated at 74 percent complete, versus the five-year average of 92 percent.

Up to six inches of snow flattened standing cereal crops in northern areas last week, meaning “virtually all cereals are now being harvested tough and will require drying.” 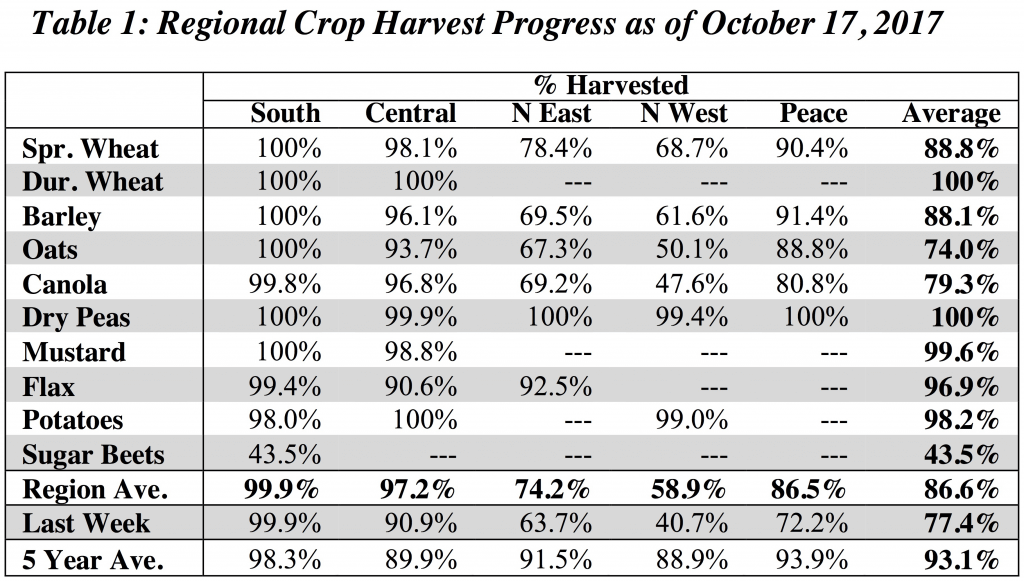 Provincially, yields are 10-15 percent less than last year and 5-10 percent below five-year averages.