The Manitoba government released an independent expert legal opinion on whether the federal government has the constitutional authority to impose a ‘backstop’ on carbon pricing on Wednesday.

The province says the 64-page assessment, conducted by Dr. Bryan Schwartz at the University of Manitoba, determined Ottawa can impose carbon pricing, but that the province likely would have a legal case for implementing its own approach.

The province “has a credible legal avenue in proposing a ‘made-in-Manitoba’ carbon pricing approach that respects our clean energy investments in renewable hydroelectricity and produces effective emissions reductions,” said Justice Minister Heather Stefanson in a statement.

With the constitutional opinion released, it’s expected the province will soon unveil its so-called ‘made-in-Manitoba’ plan.

Stefanson says Manitobans will be asked to consider a choice between “an imposed ‘made-in-Ottawa’ plan with high carbon taxes and federal spending of Manitoba-raised revenue, or a ‘made-in-Manitoba’ climate and green plan that fits Manitoba’s needs and priorities.”

Saskatchewan Premier Brad Wall has previously said his province will meet the federal government in court if the Ottawa goes ahead with imposing its carbon tax. 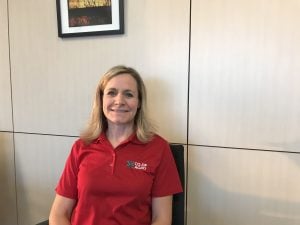 No horsing around here — camelina becoming a popular feed supplement