The first three rounds of the three city touring NAFTA talks have seen many handshakes, a few trials balloons and agreement on predictable texts.

Round four will begin back in DC mid-week and is expected to have some more drama and rocky moments as predicted by Canadian Foreign Affairs Minister Chrystia Freeland at the outset of the talks.

U.S. Ag Secretary Sonny Perdue compared the opening rounds to a boxing match, where rivals are feeling each other out by dancing around the ring.

“If you’ve ever watched a boxing match, they circle one another for a while. I think we’re done circling so we’re going to lay some things on the table in this next round.”

The boxing analogy might fit for the first three rounds, but what if we carry it forward for rounds four through seven?

What is the goal of a boxing match?

Pierce Egan was a British journalist and sportswriter in the early 1800s that first described boxing as the sweet science. The description still lives today as combatants look for weaknesses and holes in the defence of the opponent to score the knockout blow.

President Trump’s negotiating style would not be described as playing defence.  He loves aggression, which makes the opponent feel uncomfortable about the threat of the next move. With repeated threats of a NAFTA withdrawal, Canada and Mexico have already had some head-scratching moments trying to figure out the next move.

“If the U.S. is just looking for a knockout, Canada and Mexico will not even want to be in the ring.”

The boxing analogy by Perdue fits the Trump ‘winning’ narrative quite well, but should create some concerns for the agriculture industry.

President Trump creating this concept that America needs to start winning trade deals — that the U.S. has been losing in previous agreements — has the potential to wedge the three partners further apart. There is immense pressure within Canada for the Trudeau government to not be pushed around by the Trump administration and the stakes are even higher in Mexico with an election in June 2018.

On RealAg Radio this week, Kelvin and I discussed Sonny Perdue’s boxing analogy and how it provides forecast of the rocky roads that could be ahead.

In round four, we can expect some strong U.S. demands for the auto sector to make the talks very frosty. The U.S. is looking for changes to component percentages that Canada, Mexico and even the U.S. auto sector itself are not excited about. The U.S. is also expected to table a dairy proposal related to Canada’s supply management system. If the U.S. demands are too strong and out of touch for Mexico and Canada, the talk leading up to round five and six will be about whether the three sides have any chance of coming together.

“This is where you end up when one country is looking to win like they never have before and therefore trying to make the other countries losers.”

The thing is Canada and Mexico are not going to just lay down on the mat and let the U.S. knock them out. Round four could see to some stiff jabs and a few haymakers that look to land an early knockout for the U.S. What the U.S. underestimates is Canada and Mexico’s resolve to go a full seven rounds and get the decision they are looking for. In agriculture, it’s actually the same decision that U.S. beef, pork, wheat, corn, and soybean producers are looking for as well.

If the U.S. spent as much time on improving the deal as they spend talking about winning, farmers and ranchers in all three countries would feel more comfortable heading into this fourth round.

Trade deals are about all parties feeling like they won, not about knocking anyone out. There has to be a payoff for everyone involved. 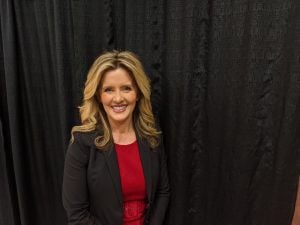 What are your first thoughts when you wake up in the morning? Motivational speaker, author, and entrepreneur Darci Lang advocates for positivity. "Focus on the 90 per cent, is my message. [It's] my belief that we all hold this big magnifying glass out in front of us in our lives, and we have a choice…Read more »

Currie focusing on prosperity in third term as OFA president

Who’s responsible for what in the Canadian sheep traceability system?