Editor’s note: This letter was submitted by Jeff Nonay in response to a column written by Shaun Haney that was published on Nov. 13th. Nonay and his wife Coralee own and operate Lakeside Dairy, a diversified farming operation near Edmonton, Alberta bringing to market milk, beef, grain and seed potatoes.

In your recent post “Hey dairy, what about the rest of us?” I can sympathize with the concern of the groups you have identified as not in supply management. As a producer in many Canadian ag sectors, I am progressive and passionate when it comes to understanding the marketplace.

I work with commodity contracts in both delivery and hedging, direct sales on both sides of the border in seed potatoes, direct-to-market beef sales in our local Edmonton area, dairy, and I’m dabbling in an idea to supply some dairy directly to our Edmonton marketplace. With skin in the game in a variety of sectors, I have a unique point of view and always keep the long game in focus.

Trade deal after trade deal over the past couple decades have put the Canadian supply-managed sectors up as the sacrificial cow. The masses are somehow led to believe that our rather small Canadian marketplace, if opened up to be pillaged by the constant overproduction of milk proteins globally, would solve the problems of dairy exporting behemoths, such as our American counterparts. It’s a simplistic notion at best. The resulting uncertainty around the concessions continually made to open our market, with no reciprocating trade, result in an ever growing trade deficit. A topic of every dairy meeting I have attended during my over 20 years owning dairy cows.

Frankly, the idea of trading off one ag sector to favour another is just as unpalatable as a notion to trade off automotive for pipelines. We all know that portions of international trade deals (negotiated by the highest level of our government, not farmers) will stink; we can’t rub each other’s noses in that. The next agreement very well might be different.

Instead, agriculture needs to unite, not divide.

Every sector involves risk unimaginable for most people. We face an ever-growing divide in the understanding our consumers have of our livelihood and the production of food. Governments impose idealistic regulations with no understanding of how things work in our industry. Those things seem to bring us together briefly, yet the stress cracks you refer to as NAFTA rests on thin ice curtesy of Donald Trump turning up the heat, immediately send us all back to our respective corners.

Canadians have a choice. Agriculture has a choice.

We can be divisive, panic, and hope that our individual interests don’t land in the ever-growing lowest common denominator category as we fold to the pressure of a one-term American leader hell-bent on bullying the rest of the world.

Or we take the opportunity to stand together. Understanding that we all require and receive support. That international trade is important, complex, messy, and requires ever diligent negotiations.

For me it is not Us vs. Them. We all need to play the long game, as I believe we are going to need to find a common voice. 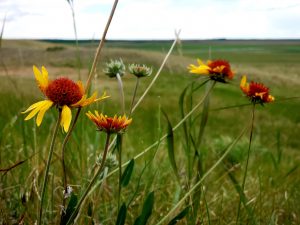 Steering the future of seed growers in Canada

One thought on “Canadian farmers, we are better together”