Trudeau has had a couple of good years but “of late you get the impression that the bloom is off the rose a little,” says Coyne noting that press coverage has been more critical recently and tax change proposals for small business have hurt.

In this interview with RealAgriculture’s Bernard Tobin, Coyne notes that the combination of going after small business while Trudeau and Finance Minister Bill Morneau maintained their own corporations “was galling to a lot of people.”

While he supports fair taxation, Coyne believes the Liberals took the wrong approach to tax reform. “What you got was this very intrusive, very complicated, very hard to explain – and for many people – very off-putting approach. People thought they were being stigmatized by the government.”

When it comes to the North America Free Trade Agreement (NAFTA), Coyne says it’s clear the talks are in trouble. He feels if the U.S. persists with unrealistic demands, Canada has to be prepared to walk away from the table. “That means there is some risk that you lose NAFTA, but I think that risk is overstated.” It’s clear that President Donald Trump can’t rip up NAFTA on his own, adds Coyne. Trump would have to get agreement from the U.S. Congress and it’s difficult to understand how that would happen. 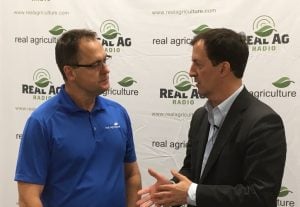 Coyne offers his thoughts on Trudeau’s handling of the Trans-Pacific Partnership negotiations as well as Canada’s shifting political landscape and how new leaders for both the Conservative and New Democratic Party could impact the Prime Minister’s re-election hopes.

Coyne also tackles the idea that Canadian farmers are re-asserting themselves as a political force in Canada. He agrees that dairy farmers’ efforts to help defeat Maxime Bernier’s campaign for the Conservative leadership and the role played by farmers in pushing back against the proposed Liberal tax changes are strong examples of farmers flexing their political muscle.

“I actually think in some respects they’re too powerful. Farmers don’t like to hear this because farmers don’t think of themselves necessarily as a business interest like any other, but they are. Full power to them… but I’m not so keen that farmers are able to keep supply management in place,” says Coyne.

Canada needs to think bigger on its Indo-Pacific strategy

Rethinking exports and committing to automation essential for agriculture

Skipped plants in a corn row aren't always due to mechanical error or seedling blights. Early insects like wireworm or grubs can kill plants rather stealthily, leaving gaps in a row or neat leaf damage, while cutworm can clip off a patch of plants overnight. Knowing which insect causes what damage is important when assessing…