Municipalities are stepping forward to help Ontario’s Farm 911 emergency signage project for agricultural land get off the ground.

The initiative, named “The Emily Project” after seven-year-old Emily Trudeau who died in a farm accident in 2014, is designed to promote the idea that emergency addresses and signage are important for vacant rural land, including Ontario farm fields.

A nine-person project committee has been working for the past 18 months on the Farm 911 project. It was officially launched in the summer at the Hastings County Plowing Match, and was recognized at this year’s Ontario Federation of Agriculture (OFA) convention in November.

And Prince Edward County will be working the project into its 2018 budget, she says.

Currently, only rural land with buildings receive an official emergency address. First responders had trouble finding Emily’s accident site because it happened in a field, on land that didn’t have signage at its entrance or an emergency address that could be found through GIS.

Walt says the project has received tremendous moral support from the farm community and from emergency responders. Now, it needs more municipalities to step forward and commit to assigning civic addresses to farm land without buildings and land such as woodlots, trails and sugar bushes.

Walt estimates each address entrance sign will cost a municipality $20-$30. In a recent survey of 100 OFA members, respondents said they had as few as two entrances, and as many as 10 entrances to their farmland. As well, participating municipalities would need to dedicate some administrative costs to assigning the addresses.

To Walt and her committee, the cost and the exercise itself is reasonable.

“Municipalities often talk about what they can do to make emergency response more efficient,” says Walt. “This would definitely help.”

Walt encourages farmers to contact their municipalities directly if they believe the project has merit.

“Once some municipalities take the lead, others will follow,” she says.

Information about the project can be found at www.farm911.ca. 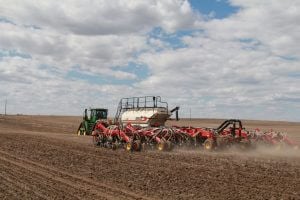 Food Charter is a Positive Way to Link Consumers to Farmers

To Every Stephen, Justin and Tom: The Top 10 Things to Know About Agriculture

Which Should Get More Support: Exports, or Domestic Consumption?