This December, to recognize the year that has passed, and to look to the start of 2018, we decided to create a short questionnaire for a few of our many, valued contributors.

Andrew Campbell is a dairy farmer, owner of Fresh Air Media, and a contributor to the site, often writing on advocacy and marketing.

Matthew Pot is an economist and author of Grain Perspectives, a daily newsletter that provides subscribers with market insight. He is also a regular interviewee on our site, and on RealAg Radio.

Owen Roberts is a research administrator at the University of Guelph, a journalist, and current president of the International Federation of Agricultural Journalists. He is also a freelancer writer and contributor to our site, writing under Real Talk, Real Action, and Real AgVentures.

Anne Wasko is a cattle industry market analyst. She contributes to the site every two weeks, as part of the highly sought after Beef Market Update with RealAgriculture founder Shaun Haney.

An overview of the year that was

The most overused word or term of 2017

AC: Huuuuge. Hearing about all the greatest, biggest, huge-est changes that have come out of the Whitehouse is getting old.

Name a political drama that was overblown in the press

AC: I often find a lot of political dramas are overblown — that usually is the way the opposing party wants to it seem. And while there were an abnormally large number of justified dramas, I still think the most overblown one comes from British Columbia. One in which the NDP comes into power promising incredible change, cancelled projects and more, only to find once in power (like it usually is) that maybe the way things were going is what is best for the province and the country. The drama of whether or not big changes were coming – was clearly overhyped.

MP: The drama around the Keystone XL pipeline. If activists want to cut carbon emissions they shouldn’t focus on supply. Focus on consumption as oil is going to be sold either way. If there are no pipelines, other modes of movement will be used in the long-run. Simply, it was a huge waste of time which, for the activist, would have been better spent on lobbying for items such as environmentally focused taxes which alter consumption.

OR: The Trudeau family’s Christmas holiday.

A topic a celebrity or politician should never have touched

AC: After thumbing through Gwyneth Paltrow’s Goop magazine at an Indigo recently, I probably say all of that. But, she probably disagrees. The money is too good in selling quick health fixes.

MP: Bill Monreau may regret the tax reform, where the end result was conflict-of-interest allegations.

OR: How bread is priced.

Something you’d rather forget

MP: I watched an episode of ‘Fuller House’.

OR: What a thin layer of soil we count on to sustain life.

OR: The last time Tom Petty played in Toronto.

Someone our country lost, and should continue to think about

AC: The increasing death toll from the opioid/fentanyl crisis for the the last couple of years in North America is one that we need to remember. Many of us may not feel a great connection to it, since we don’t see the names or faces on the concessions we live on. But at some point — if it continues — it will hit close to home from each and every one of us. The stories of teenagers trying something for the first time, and losing their life, or the emergency responder that was simply in the same room that nearly died, or just the mother or father, son or daughter that lost their way in an addiction shouldn’t simply be brushed aside. The danger is real, and it is growing. We need to remember all those that have lost their lives and use it as the drive to make sure it doesn’t take hold in our own communities.

OR: Gord Downie is the obvious choice. Others who died innocently, needlessly and tragically should be recognized too, as a reminder that we much constantly defend our freedom. This is one such person: Christine Archibald was killed in London, England in a terror attack on London Bridge, June 3. She was 30. She was originally from Castelgar, BC, and was in the city with her fiance when terrorists purposely drove a truck into pedestrians.

Movie of the year

AC: The stage of my life seems to have me only watching animated movies. I can’t really say that Equestria Girls and Cars 3 likely make up ‘Movie of the Year’.

MP: Not the movie IT.

Song of the year

OR: The Man, The Killers.

AC: The funniest ones aren’t usually appropriate for print.

MP: “Someday Canada will rule the world, then you will all be sorry.”

AW: “Get your facts first, then you can distort them as you please.” – Mark Twain

What’s coming down the pipeline for 2018? 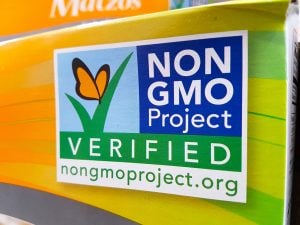 AC: I’m not sure it is the next fad, since we’ve been living in it already – but I think it will only continue. Food labels and making products ‘stand-out’ in a crowded market is something that is sure to grow. I’ve read several articles talking about expanding labels as consumers look for ‘healthier’ or ‘greener’ products. What they all have in common though – is the goal of simply making the consumer feel better about themselves – whether or not it actually is any different.

MP: The Yo-Yo will make an appearance again – after all, it is overdue for a resurgence.

AW: Fad I don’t know but trend will be innovation and technology.

What success do you hope to see and hear about in 2018?

AC: When it comes to agriculture, I hope to continue to see the growth and success of data collaboration. We’ve been collecting such vast amounts of data for so long, but just now are we starting to see usable formats come together. And I’m not just talking about a program or app for each use, but the collaboration of putting yield maps together with accounting data, together with inventory management all in once place. With some working hard to get there – I hope to see their success.

MP: It would be great to see someone solve the facial hair in the sink problem – it’s impossible to clean.

OR: Reduced antibiotic use.

What can farmers look forward to this new year?

AC: A conclusion to the suspense of trade talks. I think by the end of 2018, one way or another, we’ll hear about the fate of TPP and NAFTA. I certainly hope some pressure on our own government can get TPP wrapped up, and one way or another – I think we’ll have to see some kind of direction as to NAFTA. Whether that is a modified agreement, the agreement left along, or something that falls apart – Just to actually have an idea of where things are going can let our businesses get on with investments.

MP: Agriculture is in exciting times with innovation investments increasing each year. Production management practices continue to evolve. We can all look forward to year of growth and advancement in the agriculture industry.

What should the agriculture community keep an eye on?

AC: Amazon. We talked a lot in the last year about what kind of an impact Amazon might have on food (which obviously impacts us all) when they bought Whole Foods. I think we’ll start to see their vision take shape over the next year. And while I’m not convinced that everyone wants their milk and lettuce sitting on their door step when they get home – it will be interesting to see what ideas they come up with to make food more convenient and more ‘feel-good’ to keep people coming back.

MP: Markets. Maybe I have a bias, as being an economist this is what I dream and sleep about (I know, right? Lucky me). For grain markets, most specifically corn and wheat, there is no shortage of grain in the world and in those situations volatility will likely be narrow. The point: don’t miss out on opportunities to lock in profit.

OR: a) Veterinary shortage b) Mental health

Name one New Year’s resolution people within the ag community should consider.

AC: Weird coming from me, I know, but I continue to think it is having a conversation with someone about agriculture. Farmers continue to have an incredible brand — just look at food companies advertising their products. If it is Canadian, it just doesn’t say ‘Product of Canada’, but instead says ‘Raised by Canadian Farmers, Grown on Canadian Farms’. That’s because we mean something. We aren’t going to get a better time. We need to take that and be able to talk to our neighbours, golf buddies, church groups, etc. Make sure they know what you are doing on your farm and why it matters.

OR: To put as much money into promoting modern agriculture as activists have trying to destroy it.

AW: Tell your ag story to at least one ‘stranger’ per month.