The report includes the final production estimates for 2017 (although they can still be revised for two years.)

For canola, StatsCan estimates production of 21.3 million tonnes, up from 19.7 million in the September StatsCan report and 19.6 million last year. The average trade estimate prior to the report was 20.2 million.

The agency also exceeded expectations with its all-wheat estimate of 29.98 (rounded off to 30.0) million tonnes, up from 27.1 million in September. The pre-report estimate was 28 million.

Soybean production was estimated at a record 7.7 million tonnes — below the average trade guess of 8.1 million.

Corn production was pegged at 14.1 million tonnes, in line with analysts’ expectations.

The report is based on a survey of 26,800 farms conducted between October 20th and November 13th. 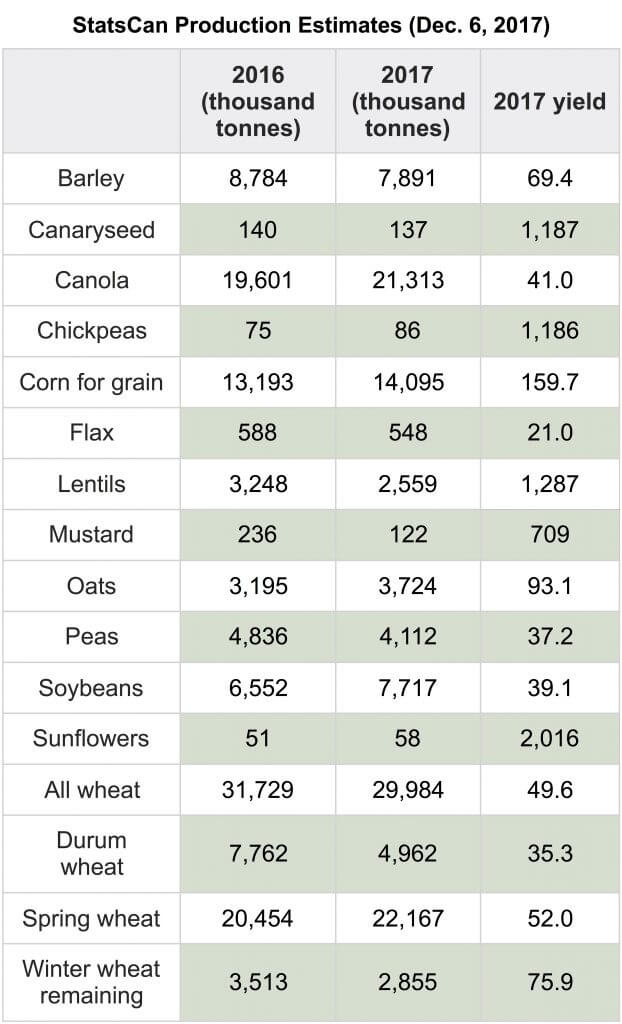 Agriculture in the Classroom appoints board advisory committee