The big news in outside markets was that the U.S. Federal Reserve bumped their interest rate up by 25 basis points (or 0.25%). It’s expected that the Fed will raise rates again another three times in 2018. However, there are some who think there might be more interest rate increases than just three, given the positive economic activity and reporting seen in the United States.

For the week, oats was the best performer, up nearly 5%, regaining some of its losses from earlier this month. Minneapolis-traded hard red spring wheat improved significantly in the back half of the week to finish 1.4% higher than where it ended last week at. That was it though, as every other player in the grain complex ended lower for the week.

This is because corn is finding new lows, but the coarse grain is extremely oversold. This week, corn lost 1.55% on some bearish global trade data. Canola was next in line, down 2.1% with the January 2018 contract closing below $500 CAD / tonne on concerns over competition from larger palm oil stocks. Soybeans lost 2.15% this week because of some crop-saving rains in the forecast for Argentina. For the record, U.S. soybeans are also the cheapest in the world right now!

However, the USDA told us this week that the cheap product doesn’t matter. On the trade side, it’s worth noting that U.S. soybean exports to China (shipments sailed plus outstanding sales) are tracking 24% below last year. Just 20.7 million tonnes of American soybeans have been sold to China through the end of November. More broadly, global trade of soybeans is sitting at just 36.3 million tonnes. That’s down 16% from the same point a year ago.

For Brazil, soybean exports were raised by 500,000 to a record 65.5 million tonnes. In China, imports for the 2017/18 crop year were left at 97 million tonnes. While we’re obviously concerned about the slower pace of global soybean trade, you’d think that things would start to pick up.

The market was expecting to see slightly stronger production in Brazil but slightly lower soybean numbers coming out of Argentina. However, the USDA kept Brazilian and Argentine soybean production numbers for the 2017/18 crop at 108 and 57 million tonnes respectively. Comparably, CONAB raised its estimate of the Brazilian crop to 109.5 million tonnes. It’s likely that it’s just too early for the USDA to account for some tougher weather conditions in South America.

While there are some rains in the forecast that’s going to help Argentina, the NOAA now says that La Niña will likely stick around through April 2018, with about a 20% chance it could extend into summer. That could certainly decrease yield potential for soybeans in Argentina. We know that a La Nina event during the North American growing season tends to bring dry weather as well.

While La Nina may impact the 2018/19 U.S. wheat crop, there’s a lot of it that appears to be carrying over from 2017/18. The USDA said in their December WASDE this week that global wheat farmers will harvest a record wheat crop of 755.2 million tonnes. That’s the fifth straight year of a new record being set for wheat production.

The change was mostly attributed to the bigger spring wheat and durum wheat crop in Canada that was announced last week. Total wheat production in Canada was pegged by StatsCan last week at 30 million tonnes so the USDA just matched it this go around. That’s up 3 million tonnes from the USDA’s previous estimate. European production was also raised by 1 million tonnes to now sit 152.5 million tonnes. The balance sheet was unchanged in Australia and Argentina, which is a bit surprising given some of the changes there in other estimates, especially Australia. 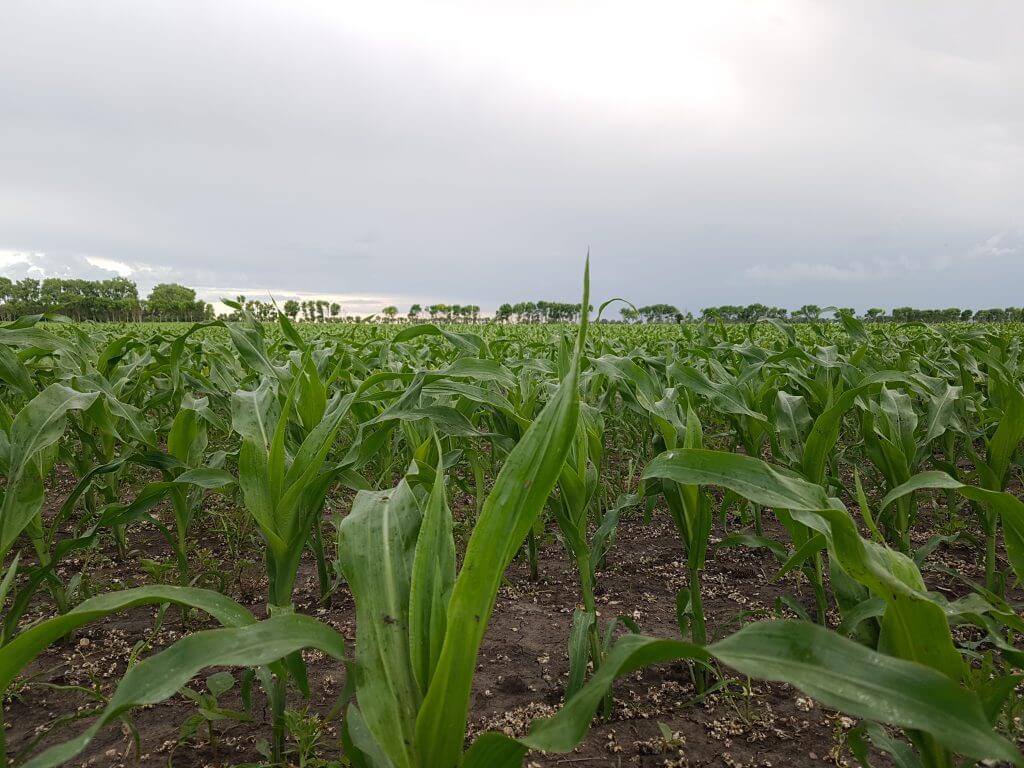 Ultimately, we’ll take the 50 million bushel increase in U.S. corn demand.There’s will still be nearly 2.5 billion bushels left in the pipeline by the end of 2017/18 though. Globally, corn ending stocks were raised to just over 204 million tonnes. It was a similar sentiment in South America as Brazilian corn production stayed at 95 million tonnes. In Argentina, the number kept at 42 million tonnes.

Overall, this year’s December WASDE was much like many of its predecessors: insignificant. To the January 2018 WASDE we go!