India’s move to impose prohibitive import tariffs on peas, lentils and chickpeas has left a cloud of uncertainty hanging over the pulse market heading into the 2018 growing season.

After back-to-back bumper crops domestically, India implemented a 50 percent tariff on pea imports in November, followed by a 30 percent tariff imposed on lentils and chickpeas in December.

Questions about India’s impact on the pulse market were on the minds of CropSphere conference attendees in Saskatoon this week, as they filled a speaker room to hear Chuck Penner of LeftField Commodity Research share his pulse crop outlook. 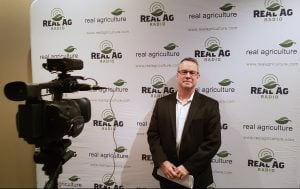 “People, I think, are putting too much emphasis on those tariffs because prior to that prices were already heading lower and Indian demand was softer,” says Penner, in the Pulse School episode below, filmed at CropSphere.

“The tariff was really the symptom, not the cause, but the Indian government has a long history of trying to manipulate the market, and failing to do it, or causing unintended consequences. So they’re going to have that kind of a situation now,” he says.

With Canada’s largest pulse crop customer off the market for the foreseeable future, Penner says he expects lentil and pea acreage in Western Canada to drop by 20-25 percent — or about a million acres for each — in 2018.

There are a couple of bullish factors that could help prices recover, including dryness in the northern part of India, which Penner says he’s paying close attention to.

“At some point they will reverse (those tariffs), it’s just a matter of when,” he says.

As for marketing 2017 crop that’s still in the bin, Penner suggests jumping on one or two cent bounces in lentil prices with metered sales, if bids are available, and a similar approach for peas.

“Farmers have been patient so far and haven’t been pushing that stuff onto the market. I think in the spring we’ll see more of that, so we’ll probably see a little bit of a short term dip there,” he says.

Listen to Chuck discuss the India situation, as well as new domestic pea processing demand, and more in this Pulse School video:

USDA, ABARES estimates highlight — this week in the grain markets

Railways falling behind on hopper car orders, according to Ag Transport Coalition data

Mechanically harvesting, drying and handling grain corn can compromise quality and take a bite out of a grower's bottom line. Earlier this fall, OMAFRA crop systems and environment engineer James Dyck worked with Dietrich Farms of Lucan, Ontario to study mechanical breakage – the impact it has on dockage and what growers can do to…