The pilot program, according to Brad Lukac director, autonomous vehicles for CASE IH, is about trying to understand customer usability, and what value proposition such technologies offer, all while gaining valuable customer feedback.

The program will be done in partnership with Bolthouse Farms, one of the largest carrot producers in North America, and will focus on primary and deep tillage, with the use of a small fleet of autonomous Steiger Quadtrac tractors.

“We’re just now starting to play the ‘what if?’ game — where we’re asking ourselves and the Case IH engineers the questions about what autonomous tractors are capable of,” says Brian Grant, vice president of agriculture at Bolthouse Farms. “And the answers to these questions are not ‘if.’ It’s ‘when.’”

In addition to announcing a new pilot program, Case IH has also published its five categories of automation for agricultural field applications:

“The logic behind the categories is to provide a vision of what’s possible,” says Zemenchik. They are not linear, and a given fleet may even fit into more than one category at a time. Today, many of our customers are already operating in the Guidance and/or Operator Assisted Autonomy categories.”

While you’re staying tuned for more from National Farm Machinery Show in Louisville, Kentucky, check out our coverage of Agritechnica, in Hanover, Germany. 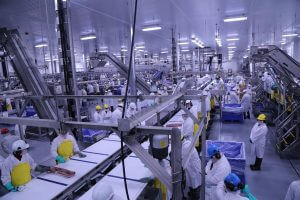 Some of Canada's largest meat processing companies are publicly announcing their COVID-19 response measures in an effort to offer reassurance and transparency to the public and others in the food supply chain. While minimizing the human health risk associated with having a large number of employees working at a single facility is the primary concern,…Read more »