Despite British Columbia Premier John Horgan’s assurance that getting involved in a trade war is not his intent, rumours of a looming Alberta Beef ban in the province continue to circulate. And where the rumours aren’t, the sudden, ill-advised political activists are — threatening boycotts of their own.

It all stems from an ongoing dispute between B.C. and Alberta, over the Kinder Morgan Trans Mountain pipeline, culminating (thus far) in Alberta Premier Rachel Notley announcing an immediate halt to imports of B.C. wine.

This is one good step to waking BC up to the fact they can’t attack our industry without a response from us. This action will harm the BC wine industry & I wish it didn’t have to be this way. …We don’t take this lightly.

According to Notley, the action “will harm the BC wine industry”, which, in 2017, saw roughly 1.4 million cases cross the border, amounting to roughly $70 million.

Citizens of British Columbia are showing mixed responses to the announcement, and in the sand-flinging playground of social media, angry retorts of boycotting Alberta Beef are abound.

Tradewar you say?
More BC wine and less Alberta beef sounds like a decent lifestyle choice.. I shall toast Premier Notley from a pleasant beachfront vantage overlooking the unspoiled Salish Sea ~ Saluti!

My parents owned a cattle ranch just outside of Calgary, and I might never eat Alberta beef again. What a shame. (Now going out to purchase 12 CASES of BC wine with the $$ I’ll save on the beef. Thanks Rachel!)

@RachelNotley about time we also start a campaign to #BoycottAlbertaBeef. Buy #USDAOrganic. #AlbertaBeef is produced in an unethical manner.

I bought Australian beef today instead of Alberta!

But here’s the thing.

Boycotting Alberta Beef is a kick in the teeth of B.C. producers.

Interprovincial trade is incredibly important to Alberta’s beef production. According to ABP, Alberta consumes roughly 14% of its production, exporting approximately 29% internationally, and 58% inter-provincially.

And that’s important for B.C. beef producers too, who see the majority of their beef-destined animals exported (85-90%, according to the B.C. Cattlemen’s Association) — primarily to Alberta or the U.S. — for finishing and/or processing.

DYK Canada’s beef industry is highly integrated across provinces? With over 70% of #cdnbeef processed in Alberta, our industry is supported by cattle from @BCcattle providing a mutually beneficial relationship for both provinces! #abbeef #albertabeef

So that juicy Alberta Beef steak being boycotted in Vancouver? It might just have originated on a farm in the same province. 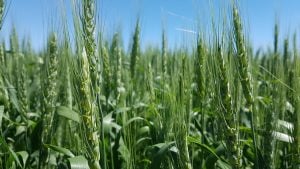 Beef Market Update: US Tightens COOL Restrictions, Industry Says We Have a Problem