The Manitoba government has decided it will not apply a carbon tax to fuels used for heating or cooling barns and greenhouses or to run grain dryers — an exemption that was not announced when the Pallister government rolled out its carbon pricing plan last fall.

The province originally said farm diesel and gasoline would be exempt from the carbon tax that is scheduled to take effect in September, but the government had not indicated whether the exemption would be extended to fuel for heating and drying grain.

“We know that livestock is about 50/50 with our grain markets, and when we look at what it means for the overall economy of Manitoba, it was pretty clear that to keep them competitive with other agricultural producers across Canada and on the world stage, we had to move forward with the exemption,” he says in the interview below. “It was a fairly easy decision, but one we had to find a balance on.” 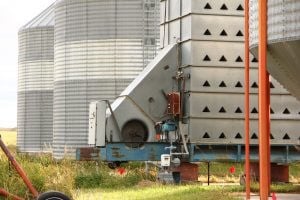 The exemption will not apply to barns or dryers that share a meter with a house or a non-ag building.

“The barn would have to be metered separately…they may have to put a separate meter in,” he notes.

Minister Eichler took some time while visiting the Royal Manitoba Winter Fair in Brandon on Monday to discuss the following — listen below:

Where agriculture may land on the Biden administration’s priority list

The end of COVID restrictions, failed trade policy, and a little John Wayne: A conversation with Wiesemeyer

As always, there are plenty of things to talk about when it comes to the going-ons of the world — especially in geopolitics. Jim Wiesemeyer, of Pro Farmer, joined RealAg Radio host Shaun Haney to discuss border towns and COVID-19 restrictions, Biden failed trade policy for agriculture, the next farm bill, upcoming mid-terms, and more.…