Editor’s note: This story has been updated with quotes from CN Rail’s interim CEO.

The federal transport and agriculture ministers sent a letter to the chief executives for Canadian National Railway (CN) and Canadian Pacific Railway (CP) on Tuesday expressing concern over problems with rail service.

“We are writing regarding our concerns with respect to the railways’ failure to meet the expectations of shippers and customers over the course of this winter,” starts the letter signed by Marc Garneau and Lawrence MacAulay.

According to the Ag Transport Coalition’s most recent weekly report, CN and CP supplied a combined 32 percent of grain hopper car orders in week 30. CN fulfilled only 17 percent of orders, while CP supplied 50 percent.

The ministers’ memo includes a request that the railways provide “a clear description of how your companies intend to mitigate the immediate backlog in the coming weeks” and a “plan for maintaining fluidity for the remainder of the current crop season once the backlog is clear” by March 15th.

The ministers also refer to measures in Bill C-49, the transportation legislation that is currently stalled before the Senate, that would require the railways publish a grain transportation plan at the beginning of every crop-year, as well as a winter contingency plan for all commodities by October 1st.

CN’s new interim CEO JJ Ruest responded to the letter with an apology to grain shippers, saying the company is working to improve grain movement.

We apologize for not meeting the expectations of our grain customers, nor our own high standards,” he said in a statement shared by the railway on Wednesday. “The entire CN team has a sense of urgency and is fully focused on getting it right for farmers and our grain customers, regaining the conf dence of Canadian businesses, and protecting Canada’s reputation as a stable trade partner in world markets.”

“Moving the Canadian economy is in our DNA,” Ruest continued. “We can and we will do much better, and that starts today – no excuses.”

Meanwhile, Parliament is in the first week of a two-week March break, with the House and Senate scheduled to resume sitting on March 19th — a few days after the March 15th deadline given to the railways. There will likely be a cabinet meeting in the first few days back, where federal action on the rail issue could be discussed.

Conservative and NDP members of the House agriculture committee callied for an emergency meeting to discuss grain transportation on Wednesday. The committee agreed to meet again on the issue on March 19th.

Bill C-49, meanwhile, is facing an increasingly tight timeframe if it’s going to be passed before the start of the new crop year on August 1st. After the two-week March break, Senators will only be back for two weeks before rising for a two-week Easter break in early April. The Senate is expected to make amendments to the bill, which means it will have to go back to the House of Commons. Parliament has another week off in May and MPs are scheduled to go home for summer as of June 22nd.

Minister Garneau and Minister MacAulay’s letter to the railways on March 6th: 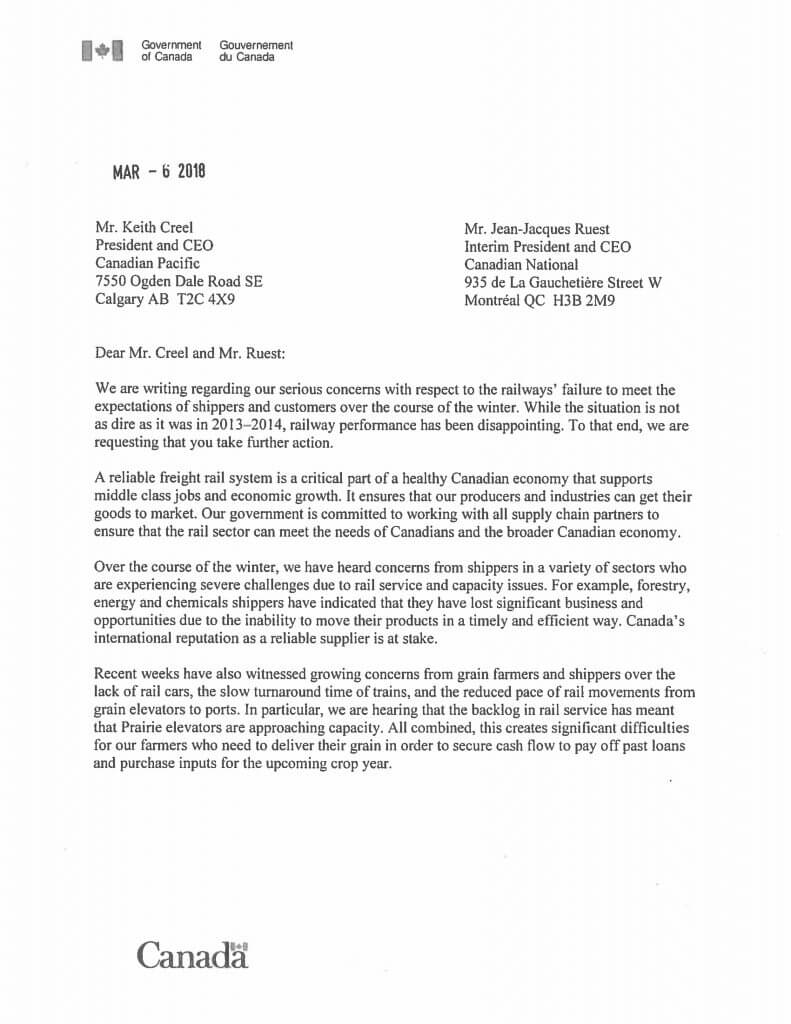 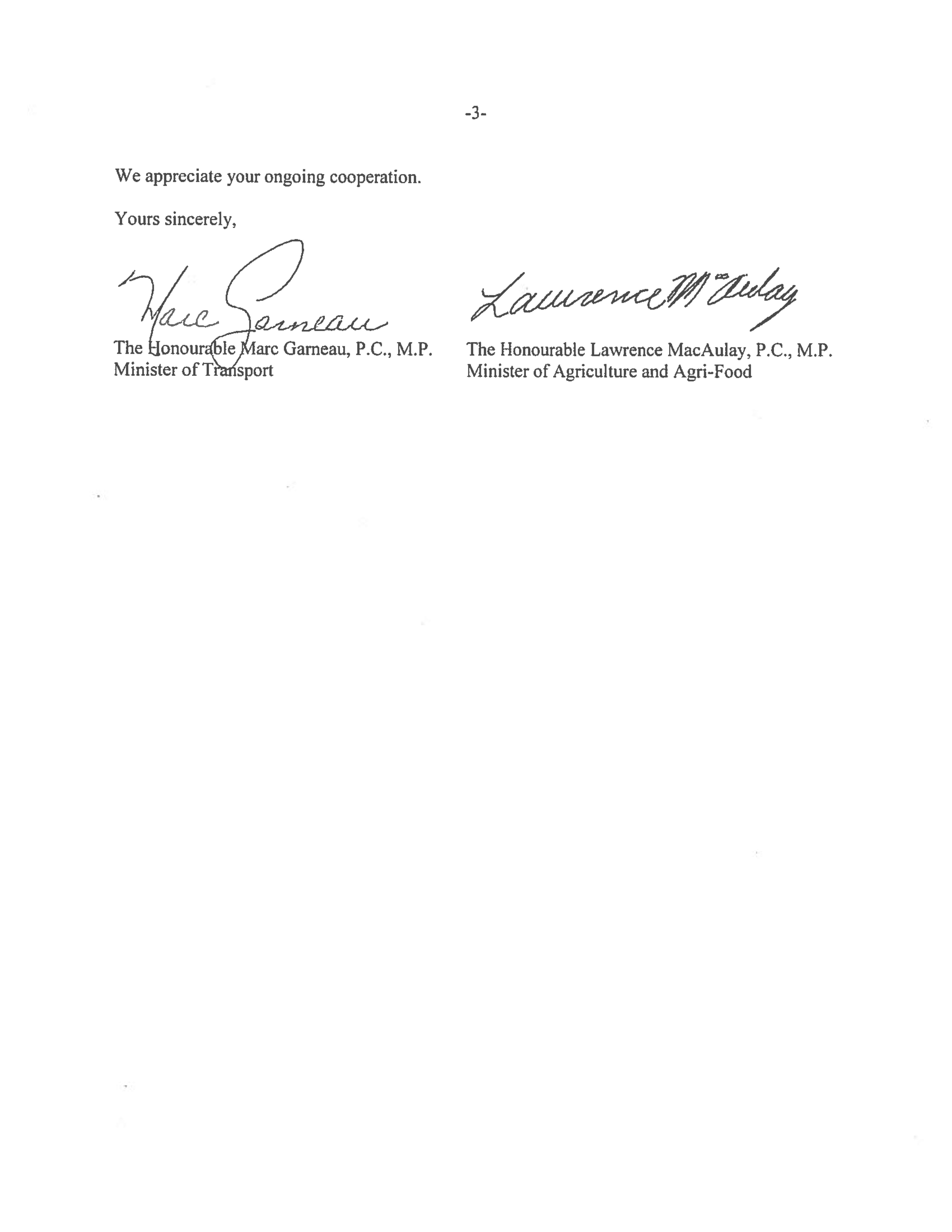