The Canadian Federation of Agriculture held its annual general meeting recently at Ottawa, where farmers from across the country brought forward no fewer than 45 resolutions.

From lobbying efforts surrounding the carbon economy and recognizing farmers’ good work on carbon sequestration, to sorting out the current railway backlog, and on to holding firm on supply management protection within the North American Free Trade Agreement renegotiations, CFA has a very long to-do list.

At the helm of the organization is Ron Bonnett, president of CFA since 2010. It’s his job to move passed resolutions forward. But with over 40 passed at the recent meeting, how do you decide which resolutions to focus on first? 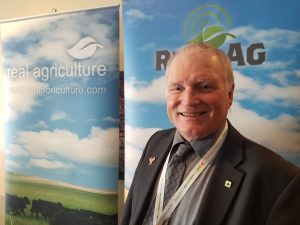 Time-sensitivity plays a role, certainly, but Bonnett says that it’s unifying challenges that the organization makes the most head-way on.

For example, CFA recently announced an award recognizing an individual or organization making a difference in mental health. The award will be named in honour of former CFA executive director Brigid Rivoire who died in 2017. CFA has also signed an MOU with the Do More Ag Foundation to work together on the mental health file.

Bonnett says that CFA takes the time to dig into issues ahead of time so that if they do go to government with an ask, it’s one where they’ve considered the big-picture implications for farmers and agriculture. With a focus on these over-arching challenges, tax changes, transportation and logistics, and trade, specifically NAFTA renegotiations, are major files for the organization moving forward this year.

The US Government Will Appeal the COOL Decision by the WTO