Editor’s note: Hearts are heavy in the hockey world following the Humboldt Broncos tragedy this past weekend. Our thoughts are with the victims, their families and everyone affected. (Here’s a link to the GoFundMe fundraiser to financially support the players and families affected.)

While Jets and Leafs fans are excited for the playoffs, followers of the Canadiens, Canucks, Flames, Oilers and Senators are already looking to next season, and the same can be said for 228 teams in the RealAg Hockey Pool.

Thanks to all of you who entered, but unfortunately, there can only be one champion. 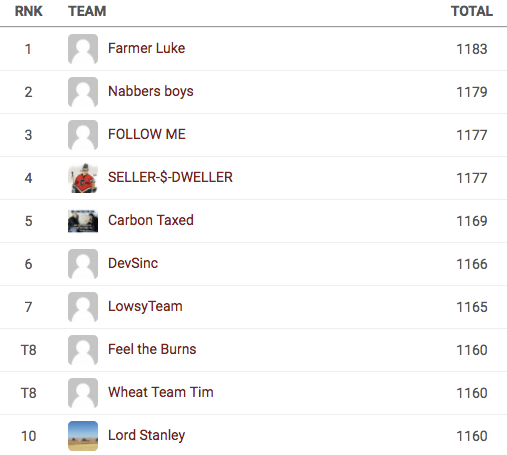 We’ll be sending prizes out shortly to the top three overall teams and the monthly winners. If this includes your team, watch your inbox for more info.

Syngenta to Offer a Clubroot Resistant Canola Variety for 2015