This may have you thinking this is bullish for corn prices, right? However, the U.S. farmer, and Canadian alike, can plant at paces never seen before. 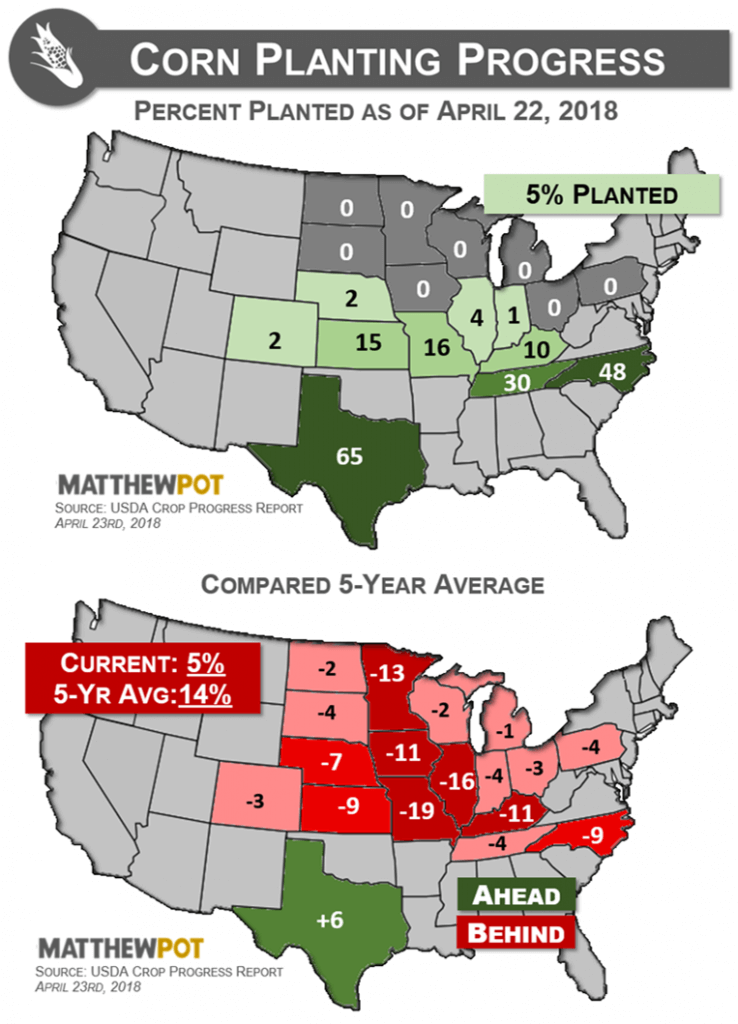 In 2013, for instance, 43 percent of the U.S. corn crop was planted in one week. Last year, in the middle of May, U.S. farmers planted 24 percent of their crop in a week. At this point planting progress concerns are nothing to get excited about when it relates to corn prices, yet — especially as the midwest begins to ramp up the planting pace. 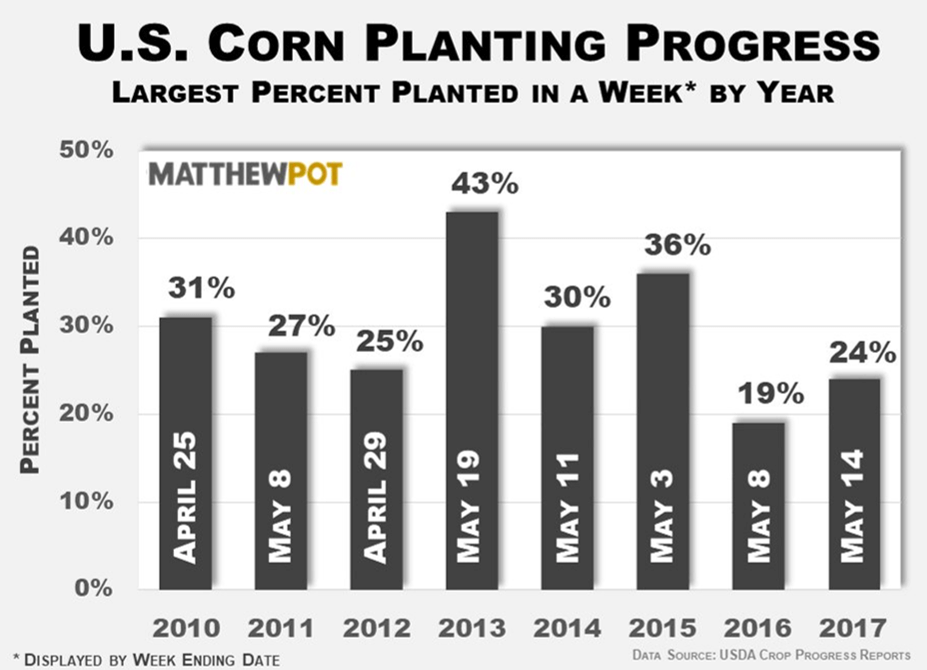 Through collaborative interaction and participation on Twitter this past weekend, farmers helped identify planting start-date expectations across Canada and the U.S..

In Iowa, Illinois and Indiana, where the USDA reported the crop between 0-4 percent planted, farmers were either actively planting as of Sunday, or expected to begin within the next few days. Planting is rolling along, and judging by the responses from farmers, it is expected to move north at a rapid pace. Below is a look at when producers expect to start planting. 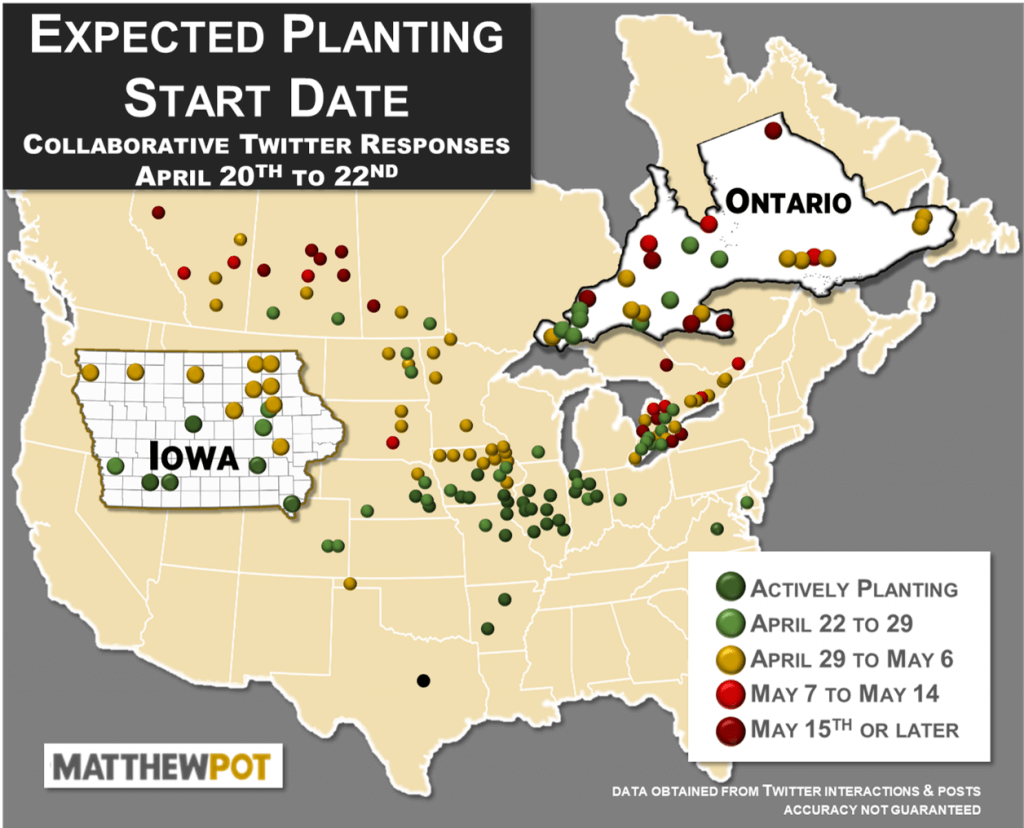 The USDA also reported the U.S. spring wheat crop only 3 percent planted, 22 percent behind the five year average at this time. Given recent conditions farmers in North Dakota expect to be planting within the next week. 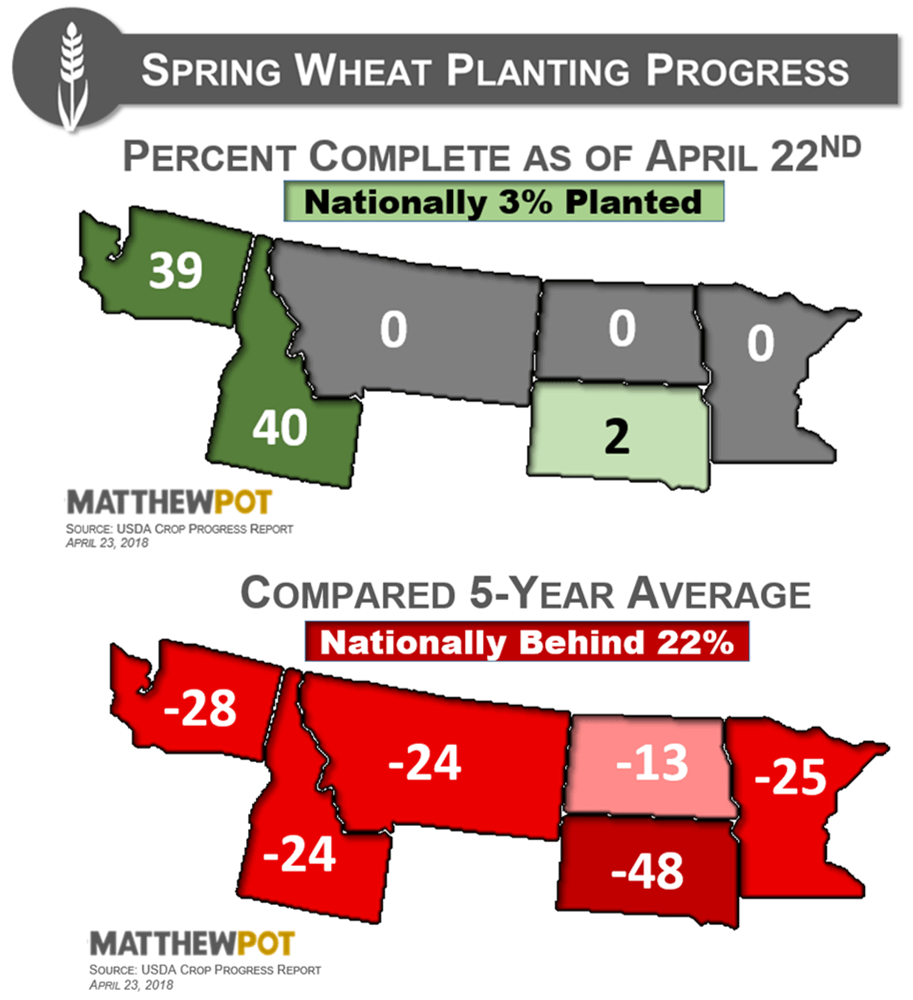 The planting concerns across the Northern Plains have offered the spring wheat market support over the last month, and the wheat market has given more backing to the view that selling these stories is one of the, if not the, best marketing strategy when opportunities arise.

Seeding Videos to Get You in the Mood

Not too high, not too low — Bayer’s canola seeding rate findings

The rising carbon tax charged to railways while exporting grain will reduce the farmgate value of crops grown in Western Canada by several dollars per tonne, according to a pair of reports published over the past two weeks. The Agricultural Producers Association of Saskatchewan (APAS) has released new calculations that say the federal government's proposed $170/tonne…