Grain markets this week were extremely volatile as they digested all of the information thrown at them, particularly that out of Washington and Beijing.

China proposed a 25% import tax on soybeans, which took the market by a huge surprise (and left many scratching their heads at how China plans to meet their feedstuff demand).

If the 25% import tax were to be implemented, it would be bad news for American soybean demand. Further, China would need to import more soybeans from somewhere else, and the most likely option is Brazil. Other options could include Canada, Chile, and Paraguay. Argentina probably wouldn’t get into the game, in my opinion, because their domestic crush industry will consume the “tiny” 40-42 million tonnes or so of soybeans that will be produced there in this drought-riddled year. 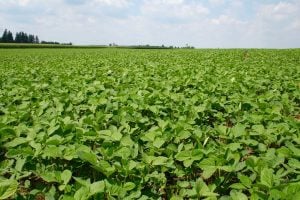 Conversely, Brazil is booking soybean exports at a record pace. Brazil’s sales commitments are up about 5% from this time a year ago, with 26.2 million tonnes now contracted. This would equal about 41% of all expected Brazilian soybean exports in the USDA’s current 2017/18 target of 70.5 million tonnes.

With all this action, soybeans had their largest average daily trading range since August 2016, at more than 25 cents/bushel. July 2018 soybean futures ended up losing just 1% from last week (about 11 cents), to close at $10.45 USD per bushel. New crop prices on the November 2018 contract lost 14.5 cents to finish at $10.33 USD per bushel.

Like soybeans, corn prices on the Chicago Board of Trade were extremely volatile, but ended up closing about 1 cent higher. Specifically, the July 2018 contract closed at 3.885 USD per bushel, while December 2018 prices climbed 1 cent to close at $4.125. The higher new crop prices is due to the expected smaller 2018/19 acres in the U.S., and the smaller production out of Argentina.

In the spring wheat markets, old crop futures prices in Minneapolis rallied 2.5% for the week, to gain nearly 15 cents and close back above 6 USD per bushel. For new crop prices off the December 2018 contract, prices also gained nearly 15 cents to close at $6.22. 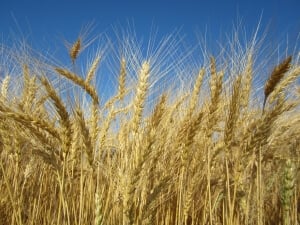 In the winter wheat markets, prices rallied big time on some colder temperatures in the forecast. This comes as the crop is coming out of dormancy AND is already in very poor condition. This week’s USDA crop condition report showed that across the country, U.S. winter wheat rated in good-to-excellent condition was only 32%. Last year at this time it was 51% and the five-year average for this past week is 55%.

Canola prices found some strength on the back of some stronger port basis values and the delayed winter. Specifically, the July 2018 contract in Winnipeg added $8.90 this week to finish 1.7% higher at $537.30 CAD per metric tonne. New crop values on the November 2018 contract gained $5.70 from last Friday to finish the week at $522.30. 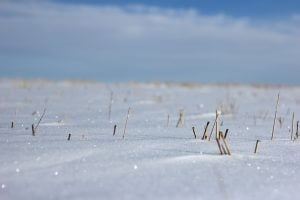 With the heavy snow and colder temperatures blanketing Western Canada right now, there are thoughts that fewer wheat and canola acres will be planted, with producers opting for more barley, soybeans, and oats instead. This is also a reason why spring wheat prices rallied. At the port, we’ve seen canola basis levels in Vancouver pop closer to $60/metric tonne from $40 this week so there is likely some buying going on there.

More than anything, there seem to be some short-term, knee-jerk reactions as people are feeling a bit uneasy about where this whole China-versus-Trump trade spat is going. As a result of this uneasiness, it’s sensible to hedge your bets and get some coverage (hence the likely increased buying).

The said ‘trade spat’ hit a new level of ridiculousness (read: higher geopolitical risk) this week, though. On Wednesday, North America markets woke up to China announcing they were going to be implementing tariffs on 106 American products, including major agricultural commodities like corn, wheat, sorghum, beef, cotton, and — most importantly — soybeans. This forced soybean prices to nearly go limit down, before some cooler heads prevailed and prices rallied a bit.

The reason for the rally was more to do with the fact that China HAS NOT set a timetable for when these tariffs will be implemented, meaning that the tariffs are NOT IN PLACE yet. But then, late on Thursday, U.S. President Donald Trump proposed another $100 billion in tariffs against Chinese products.

This sort of battle between the world’s two largest economies increases the potential risk for global recession. It has many negative effects, with the ripples felt in almost every other economy around the world. And as bravado and protectionism become more important than intellect, there are more than a few economists warning of a global trade war, with many countries playing “tit-for-tat,” and the World Trade Organization becoming overwhelmed with complaints.

And again, while no tariffs have been implemented by the Chinese, they’ve left the door open for negotiations. Now, we’ll see what sort of politics President Trump is really willing to play and how good the people around him are at playing chicken.

The only problem is that each side view each other as the biggest chicken. 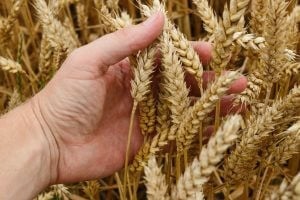 Planting progress concerns nothing to get excited about, yet