Canadian farmers plan to seed far fewer acres of canola and much more wheat than what the market was expecting, according to Statistics Canada’s first acreage estimates for the 2018 growing season.

The federal agency published its Principle Field Crop Areas report on Friday, based on a survey of about 11,600 farms between March 2 and March 29.

Pulses down, but not by much 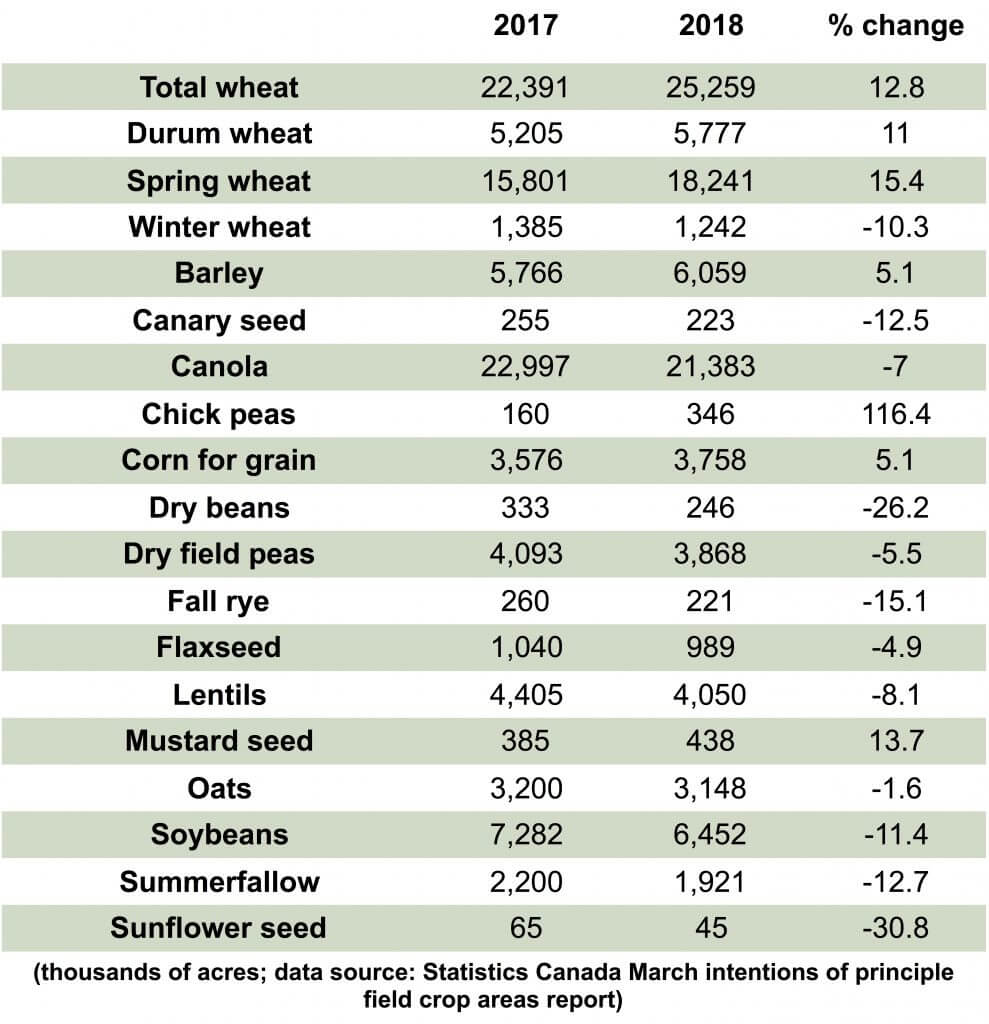 The next series of StatsCan acreage estimates are scheduled to be published on June 29.

Tight Canola Supply an Exception in a World With Record Supplies