The last time gasoline prices across Canada were where they are today, averaging around $1.33/litre, was in July 2014, when the price of oil was around US$100 a barrel.

Oil prices have been trending higher since last summer, but are still $30 below where they were in July 2014. So why are fuel prices so high this spring?

The lower value of the Canadian dollar is one of the main factors, as the loonie was worth around 93 cents U.S. in July 2014, or 16 cents more than today’s exchange rate.

The Canadian dollar has not followed oil higher in recent months, supporting the case that Canada no longer has a petro-dollar, while leaving Canadian consumers vulnerable to the effect of rising oil prices at the fuel pump, says Dan McTeague, senior petroleum analyst with GasBuddy.com, in the interview below.

To look at it another way, the last time the price of oil was at US$70/barrel, the Canadian dollar was worth around 87 cents U.S. — 10 cents more than today.

The decoupling of the price of oil and the value of the Canadian dollar can be linked to challenges getting Canadian energy resources to export markets, says McTeague, pointing out that Canadian oil sells at a discount to the world price due to a glut of supply relative to pipeline capacity.

“The fact we’re not getting world price…is testament to the fact that blocking pipelines is certainly having a devastating effect, not just on the Canadian oil industry and the future for Canada’s energy sector, but also on Canadian consumers,” he says.

McTeague joined us on RealAg Radio last week to discuss the run-up in fuel prices, including diesel costs on-farm, pipeline constraints, and the factors driving the energy market — listen here:

(As reported by GasBuddy.com) 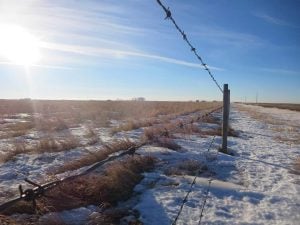 This Week in the Markets — New Wheat Lows, a Rebounding Canadian Dollar, and the Value of Rain

RealAg Markets: Second day of red all over the screen