As farmers in Western Canada are working hard at seeding across the Prairies, many ranchers are branding and taking stock on the quality of the spring 2018 calf crop. Also on the minds of many ranchers on the southern half of the Prairies: pasture conditions and what the bleak spring moisture outlook could mean for grass this summer.

There have already been several wildfires throughout SK this season. Thanks to municip ldrs & local & volunteer fire depts for keeping our communities safe.
If you’re planning a controlled burn, contact 1-866-404-4911. Please be careful – conditions continue to be extremely dry.

Ranchers on the Canadian and U.S. Great Plains are very much hoping to avoid the wildfires of 2017.

Related: Opposing summer forecasts on either side of the Canadian Shield

According to the Saskatchewan Hay and Pasture TopSoil Moisture Condition report released May 10, the southeast corner is the most concerning for dryness at this point. For the most part, north of Saskatoon is rated adequate. 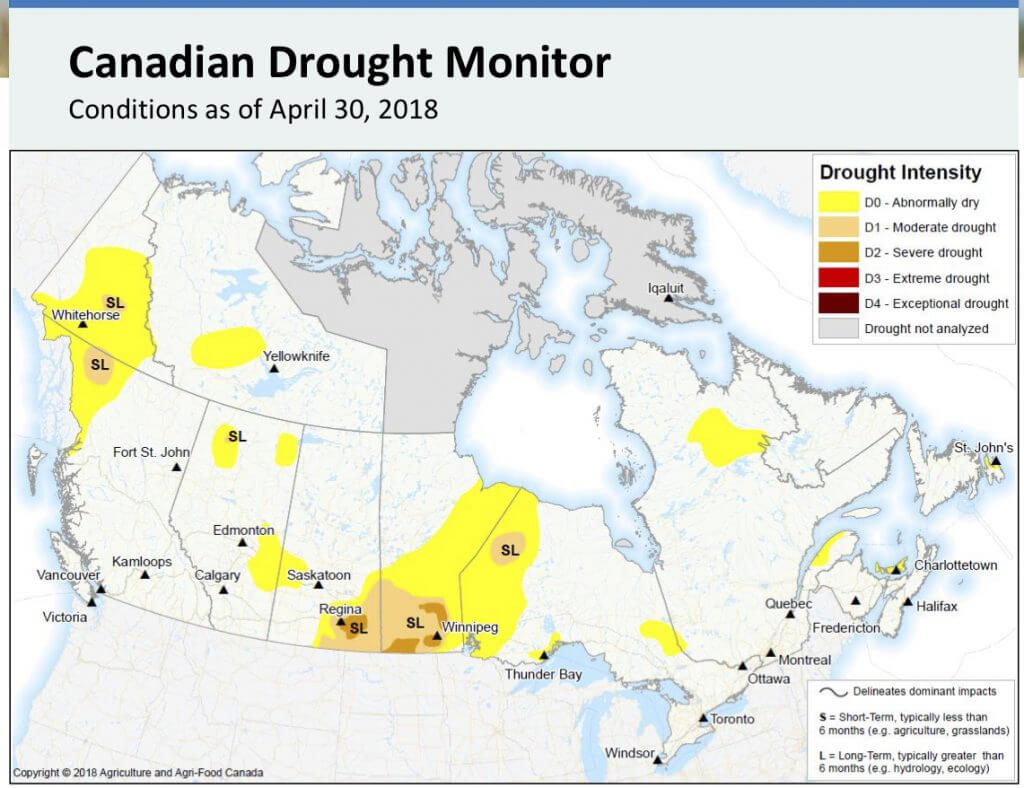 According to Agriculture and Agri-Food Canada’s (AAFC) Canadian Drought Monitor report for April 30, Alberta’s northern and western regions for precipitation over the month, returning to near-average. Unfortunately, the same wasn’t true of areas in the central portion of the province, which saw ‘Abnormally Dry’ conditions expand.