Saskatoon will soon be host to a UK company that develops rapid bacteria detection tests using blood and milk samples.

Announced today, PBD Biotech has chosen Saskatoon, SK, as the headquarters for its Canadian subsidiary. The company’s Actiphage technology is a “highly sensitive and specific assay” that detects live bacteria in the blood or milk of livestock, such as cattle, sheep, elk and more.

Useful for the detection of tuberculosis, Johne’s disease, and other mycobacteria diseases in animals, the establishment of PDB Biotech in Saskatchewan marks the company’s first international commercialization of the technology. Rapid and live testing of these diseases will facilitate improved food safety, as well as containment and control of diseases, the company says.

PBD Biotech selected Saskatchewan as its Canadian home following a 2017 Saskatoon Regional Economic Development Authority (SREDA) event, in partnership with Innovate UK. The company’s first visit to Saskatoon was through SREDA’s Agriculture Technology Harvest Program, where they traveled to Saskatoon to showcase their novel technology to organizations in Saskatchewan. 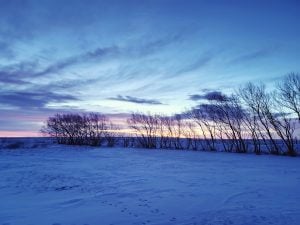 Cattle Markets Still Have Steam — But Is It a Return to Seasonality?