The Pest Management Regulatory Agency recently announced results of its re-evaluation of Mancozeb, a broad-spectrum fungicide for agriculture and horticulture crops.

Perhaps curiously, the PMRA final decision allows for the continued use of Mancozeb for foliar use on potato crops, the largest acreage use of the fungicide currently. All other uses of Mancozeb are being cancelled due to “unacceptable risks to human health,” either through diet or worker exposure, and will be removed from the labels, PMRA says. Those other uses include prevention of disease on: onions, carrots, celery, ginseng, field cucumbers, tomatoes, and grapes, to name a few.

It’s curious because the stated “unacceptable risk” centres on that of ETU (ethylene thio-urea) in drinking water (health risks are tallied with a model using an example total diet, including food and water). ETU is a metabolite of Mancozeb’s active ingredients as the fungicide breaks down in the environment or is exposed to heat. Those in the horticulture industry are scratching their heads as to why, if ETU is the hazard, they’d continue to allow up to ten foliar applications a year on over 400,000 acres of potatoes, but eliminate access on, for example, 6,000 acres of seed-onions, a one-time application.

The PMRA says that an evaluation of available scientific information found that foliar application of Mancozeb to potatoes “meets current standards for protection of human health and the environment, when used according to the conditions of registration which include required amendments to label directions.” The new label will allow for a maximum of 10 applications per year on potatoes at a maximum application rate of 1.69 kg active ingredient/hectare with 7-day application intervals and a 1-day pre-harvest interval using aerial or ground spray only.

Ontario’s fruit and vegetable industry has come under significant pressure for pesticide options as of late, and Mancozeb’s near-ban is yet another option removed from the tool box, says Craig Hunter, with Ontario Fruit and Vegetable Growers Association.

While some pesticide re-evaluations are routine, others, like the recent neonicotinoid re-evaluation, which was spurred by risks to pollinator and bee health. That evaluation has resulted in a nearly complete 3-year phase out of three neonic actives. Recently, Bravo (chlorothalonil) had a 7 day re-entry period after application stipulation added to the label for most crops. Mancozeb’s phase out on essentially all horticulture crops will also take place over 3 years.

Some pesticide products are registered across Canada and most crops, including fruits and vegetables crops. But many products for the horticulture industry are registered as minor use only, due to the low acreage base (but certainly not low total crop value). Hunter says that fruit and vegetable growers in Canada are taking the brunt of these re-evaluations. “Canadian producers are facing some of the strictest labels in the world,” he says, putting them at a competitive disadvantage. Label restrictions will eventually be followed up by reduced or eliminated MRLs (maximum residue limit) PMRA says, but until that happens competing produce coming into Canada may very well have been grown using these products — products Canadian farmers will no longer have access to.

Hunter adds that removing label applications or entire fungicide, insecticide, or herbicide Groups also increases reliance on what’s left — and ties the hands of producers when trying to manage for developed or developing resistance.

What’s more, the regulatory review process itself is raising red flags, with ‘worst-case scenario’ modelling taking the place of actual testing in Canada. There’s also the question, raised earlier this year, on whether or not PMRA is equipped to wade through all the re-evaluations on its docket in a timely manner.

When asked if the re-evaluation decision took into account actual water testing in Canada, Health Canada said in an emailed statement: “Very little Canadian water monitoring data are available for ethylene thiourea (ETU); therefore, it is not possible to make a definitive link between specific horticultural uses and drinking water levels. For the risk assessment, estimated levels of ETU in drinking water were generated using water modelling data. As Health Canada does not conduct water monitoring, data collected by other federal and provincial government departments and researchers is used in our assessments. The available data do not identify any detections of ETU in groundwater in Canada; however, ETU has been detected in Canadian surface waters, with the maximum concentration detected being 2.3 µg/L.”

There has been no confirmation of these residues being linked to agriculture use (more on that below).

Many within agriculture are voicing their concerns that farmers will continue to lose label uses, access to entire product families, and fall victim to an overwhelmed regulatory body. What’s happening to the fruit and vegetable pesticide toolbox could be a signal to the rest of agriculture as to what to expect from future re-evaluations, and it’s not pretty.

As for Mancozeb, the question remains as to where else ETU could be coming from. ETU is also used in tire production in Ontario — some 100,000 kg of it was used in 2011, the last year numbers were available — but questions on whether ETU in ground water has been linked definitively to agriculture (and Mancozeb) were passed by PMRA on to Environment Canada. An answer was not available at press time. 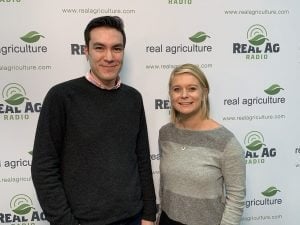 Your top 5 insect pests to watch out for, Alberta

One of the questions that come up this time of the year, when it comes to the growing season, is — what do the pest forecasts look like for 2020? Boyd Mori, assistant professor in agricultural entomology, at the University of Alberta, was at FarmTech in Edmonton, Alta, and broke down the top 5 insects in…Read more »

Wheat School: Putting a value on the “unpaid army”

Why invest in growing hemp?