Questions are being raised about the connection between wild ducks in Ontario, an emerging avian virus, and egg production drop in a turkey breeder flock in the province.

Jardine describes aMPV as an emerging poultry pathogen that has a significant economic impact on poultry production worldwide. It was first isolated in South Africa in 1978, and ultimately made its way to North America about 20 years ago.

It’s spread primarily by direct contact between avian hosts. Jardine’s team was the first to test for it in wild ducks in Ontario.

Besides affecting turkeys, this virus is also associated with swollen head syndrome in broiler and breeder chickens.

The testing took place during July and August of 2016. Results were published earlier this year in the scientific journal Transboundary and Emerging Diseases.

In the journal article, Jardine says the known geographic range of the virus continues to expand. Its high prevalence in the Ontario samples, particularly in what appear to be healthy mallards and American black ducks, suggests that these species may be important reservoirs of aMPV.

“We need to remain vigilant and be aware of potential threats,” she says. “We know that wild birds are reservoirs for a number of important poultry pathogens. Maintaining excellent biosecurity measures for both commercial and small flocks is essential for reducing the potential for pathogen spread.”

She says, though, that her findings should not vilify wildlife.

“These pathogens have the potential to enter poultry facilities through numerous routes, including workers and vehicles,” she says.

Indeed, those routes may have been the pathway for aMPV to enter an Ontario turkey breeder flock in 2016, which inexplicably had production drop off. It remains unknown how the turkey flock was infected with the virus. Tests showed that aMPV was present, the first such positive identification in Ontario. Jardine’s research was prompted in part by that finding.

Jardine says the potential impact of aMPV on domestic poultry — and the potential role of wild birds as reservoirs of the virus – warrants a closer look at the geographic distribution, risk factors associated with aMPV carriage in wild waterfowl and potential role of other birds in the epidemiology of aMPV in Canada. 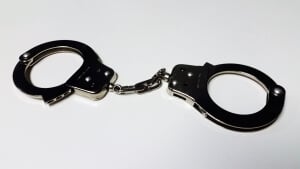 One for the "not-so-bright criminals" list... Alberta RCMP say an online tractor ad led them to three suspects and the stolen property a day after the police investigated a break and enter at a Stettler-area equipment dealership. Police initiated the investigation into the theft of a tractor worth approximately $25,000 on July 4. After discovering the…Read more »