The European Union looking to mend fences with the Trump administration could have a major impact on agriculture, as the U.S. looks for a win with one of its trading partners. The EU/U.S. trade front is one that Canadians should pay particularly close attention to as we already have preferential market access over the U.S. into the EU region through the CETA agreement that was provisionally implemented last fall.

Both the American and European governments celebrated the outcome of last week’s meeting between President Trump and Jean-Claude Juncker, the president of the European Commission.

U.S Trade Representative Robert Lighthizer told U.S. lawmakers on Thursday that, “Our view is we are negotiating about agriculture, that’s part of the project.”

President Trump showed even more optimism by telling a group of Iowa farmers that “we just opened up Europe for you farmers.”

As some U.S. farmers celebrated the claim of increased soybean exports to the EU and a possible reduction of tariffs and subsidies in both regions, there are several reasons to the pump the brakes on expectations of true free trade between the U.S. and EU.

The Wall Street Journal reported that EU officials in Brussels stated, “agriculture is not part of the scope of the talks.”

Junker stated in that same article that the U.S. side “heavily insisted to insert the whole field of agricultural products,” Mr. Juncker told reporters right after the meeting. “We refused that because I don’t have a mandate and that’s a very sensitive issue in Europe.”

“To talk about eliminating the EU ag subsidies at a time when we just authorized a 12 billion dollar trade package here is quite ironic,” noted Iowa farmer Pam Johnson on Agritalk on Friday.

Reducing tariffs and subsidies is what free trade deals are all about, but agricultural subsidies are part of the fabric of how Europeans support their culture of food in the region. It’s similar to how they sided with politics and not science on food technology last week by deciding that CRISPR is GM breeding technique.

Having said that, the European Commission has proposed rolling back its Common Agriculture Policy (CAP) program budget slightly after 2020, drawing protest from farm groups. So there does appear to be some appetite within the region to look at reducing subsidy funds, but they are a long way from zero.

Europe is not the only region that has a reliance and commitment to subsidizing farmers, as Pam Johnson pointed out. Many of these subsidies come with good economic and political justification to ensure domestic production can survive.

At a time when Canadian agriculture producers attempt to find the clarity in an ever cloudy global trading system, there have been some bright spots. Canada has managed to increase its corn exports by 85 percent year-over-year (albeit small) to the EU due to increasing tariffs between the EU and the United States.

“I see this as the U.S. trying to catch up to Canada on trade into the EU. In CETA Canada has eliminated 94 percent of tariffs on ag products entering the EU,” noted Brian Innes, president of the Canadian Agri-Food Trade Alliance on RealAg Radio on Friday.

This European ‘deal’ feels similar to the premature celebrations by President Trump on a China deal where he said the Asian country would purchase as much U.S. ag production as American farmers could produce, only to enter into a tariff war months later. I believe that similar the the CETA deal, the U.S. will have the opportunity to lower tariffs on agricultural goods into the EU region but removing agricultural subsidies in Europe and the US is astronomically impossible.

I encourage you to listen to the audio below from the Agritalk free-for-all on Friday, where the panel really hashes out the EU/U.S. trade relationship and how it impacts other global trade pacts. 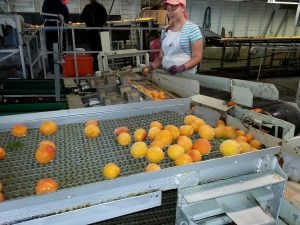 Tariffs, climbing food costs, and what the summer season may hold for pork

How NAFTA becomes a bilateral deal in renegotiation