Prime Minister Justin Trudeau unveiled the cabinet that will likely carry the reigning Liberal Party into the 2019 federal election.

Minister of Agriculture and Agri-Food Lawrence MacAulay, who is in Vancouver for the annual federal-provincial ag ministers’ meeting, remains in his post following the shuffle. Rumours ahead of the announced changes were that MacAulay might not be seeking re-election and could be shuffled out of cabinet ahead of the campaign. 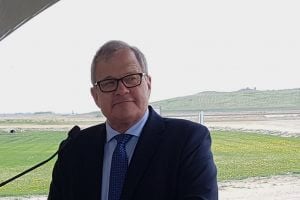 Originally from Winnipeg, Carr co-founded the Business Council of Manitoba in 1998, and has past experience working with the western Canadian grain trade.

Mary Ng becomes Minister of Small Business and Export Promotion, a post designed to help “Canadian entrepreneurs and businesses grow, compete, and succeed, here in Canada and abroad,” according to the government. She will also assume responsibility for the Business Development Bank of Canada