That’s the new Guinness World Record for most combine harvesters working simultaneously in a field, following a successful record attempt in southern Manitoba on Saturday.

Organizers of the Harvest for Kids event south of Winkler were aiming for 300 combines to raise awareness and funds for Children’s Camps International (CCI).

“It was an amazing day,” notes a grinning Dave Thiessen, national director of CCI Harvest for Kids, in the interview the below. 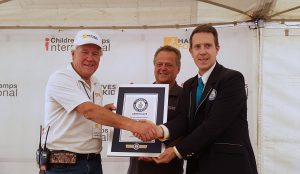 306 combines were registered and present at the 2pm start, but after consulting with a team of marshals, Guinness adjudicator Philip Robertson determined three did not complete the minimum five minutes of operation.

Combines of all makes and models — ranging from a straight-cutting 1957 Massey to brand new machines — lined up and harvested in two rows that spanned nearly a mile on the east and west sides of the field, meeting with a roar and a cloud of dust in the middle of the field.

Thiessen says there were between five and six hundred volunteers involved the event.

Harvest for Kids and Children’s Camps International broke their own record of 244 combines, set during a similar event in Dalmeny, Saskatchewan, in 2012.

We’ll have more photos from Harvest for Kids in the coming days. 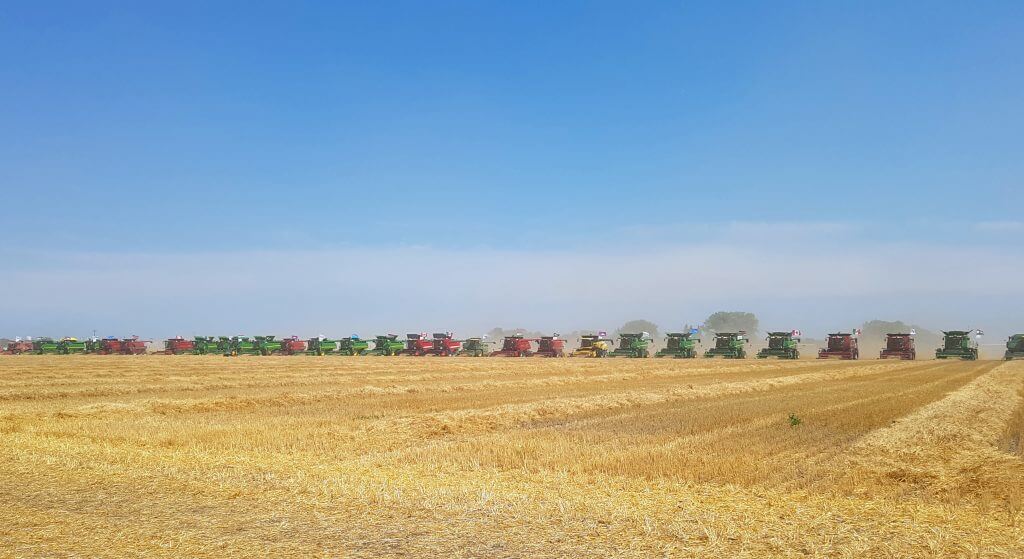 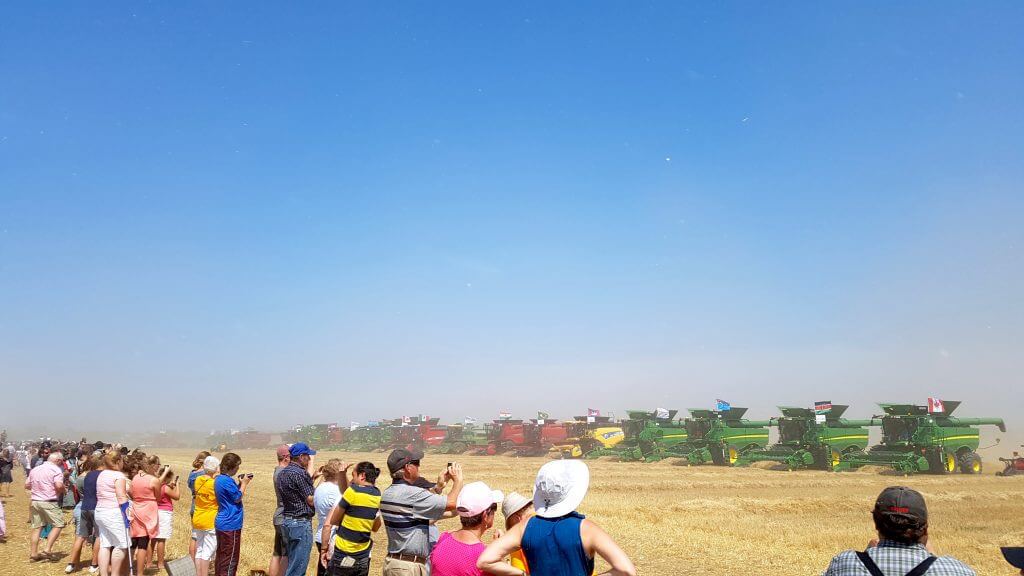