The impact of dry conditions across the southern prairies is evident in Statistics Canada’s first report on 2018 crop production.

Canola and spring wheat futures were higher following the report’s release on Friday morning. Most of the production and yield figures came in on the lower end of the range of pre-report estimates.

The report was based on a survey of about 13 thousand farms in Quebec, Ontario, Manitoba, Saskatchewan and Alberta conducted from July 6 to August 1.

Here are the highlights:

All-wheat production is estimated at 29.0 million metric tonnes, down from 30.0 million tonnes last year, and slightly below the pre-report analyst survey range of 29.3 to 30.9 million. While wheat acres are up 9.4 percent from last year, the national average yield has declined from 49.6 bushels/acre to 43.9 in 2018, according to StatsCan.

Spring wheat production is pegged at 21.6 million tonnes, down from 22.2 million last year, with an average yield of 46.6 bu/ac versus 52.0 last year. 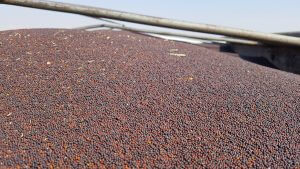 The canola production number lands in line with analysts’ expectations at 19.2 million tonnes, down from 21.3 million last year.

The average canola yield is pegged at 37.5 bu/ac, down from a revised final yield number of 41.0 last year, says StatsCan.

Soybean production is estimated at 7.0 million tonnes, down from 7.7 million last year — mainly due to a 14 percent decline in acres.

The yield in Ontario is pegged at 44.9 bu/ac, while Manitoba’s soybean yield is estimated at 34.7 bu/ac. 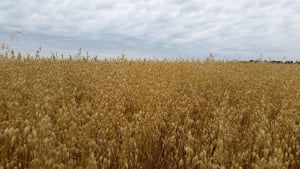 Oat production is pegged at 3.3 million tonnes, down from 3.7 million last year. The trade was expecting between 3.3 and 3.5 million.

Barley production is estimated 8.0 million tonnes, up from 7.9 million in 2017, and near the bottom of the range of pre-report estimates.

StatsCan says lentil production will drop from 2.6 million tonnes last year to 2.2 million this year. The trade was expecting 2.2-2.3 million.

Pea production is pegged at 3.6 million tonnes, down from 4.1 million in 2017, and slightly below pre-report estimates.

StatsCan will release its modelled yield and production estimates, which use satellite and weather data, on September 19.

Final estimates for 2018 will be published on December 6 (and are subject to revisions for up to two years.)

Dig deeper into the numbers, including provincial yields, on the StatsCan website, here.