Grain markets ended the last trading week of September mostly in the red, weigh on by relatively bearish stocks report from the USDA.

Oats and canola prices were the only crops that were able to end the week in the green as concerns about the Western Canadian harvest continue to mount. The gains made this week for oats – 8-12 cents higher— also reflected that for the month. For the quarter though, oats prices on the futures board in Chicago gained 16 – 30 cents. Comparatively, for the month, canola prices were slightly higher but were down nearly $12 from where they started the calendar quarter at.

Also, this week Statistics Canada released its monthly crush report, which indicated ongoing margin pressures and proximity to the oversupplied U.S. soy oil market are having an impact on canola crush volumes in Canada.

The report showed that the amount of canola crush in August hit roughly 743,000 MT. That figure represented an 11.3 per cent decline from July. Conversely, the monthly canola crush was about 18 per cent higher than the August 2017 numbers. Very concretely, Canadian canola crushers used 114,700 MT more canola in August 2018 than during the same period last year.

As it relates to the five-year average for the month of August of a little more than 559,000 MT, August 2018’s canola crush was nearly 33 per cent higher. 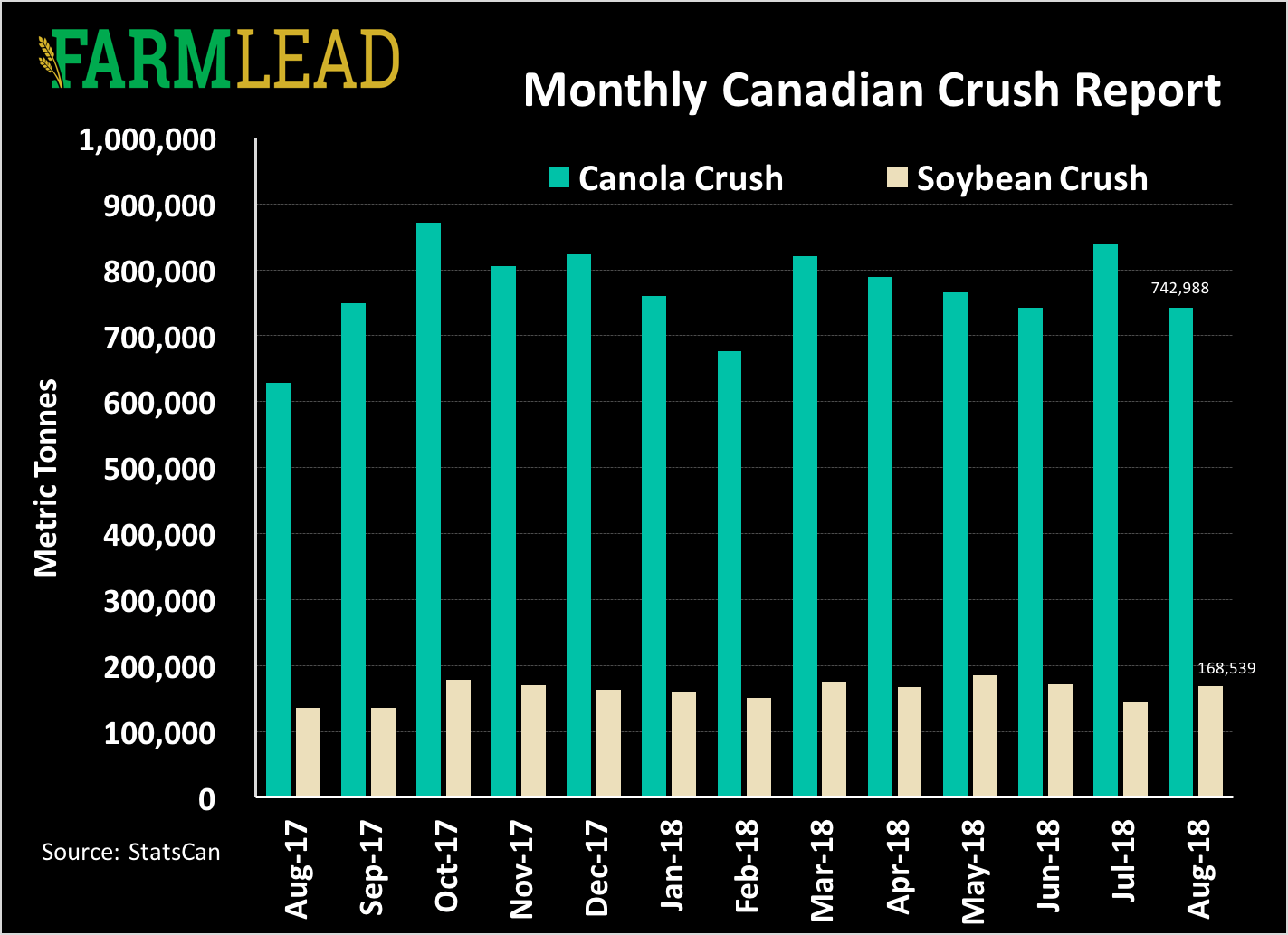 Cash prices continue are trying to swing higher as harvest progress across North America was slowed by wet weather. This is no more evident that in Western Canada.

In Manitoba, all grains combined increased by just 2 points, to 73 per cent. Comparably, two weeks ago, it was at 71 per cent, and three weeks ago, the harvest was at 67 per cent complete.

In Saskatchewan, the total harvest is sitting at 68 per cent, up just six points from last week’s 62 per cent completed.

The slowest progress has been in Alberta, where the harvest of all crops is sitting at 33 per cent, the exact same as the previous week.

This means there’s millions of tonnes still left to go. But, the real question is when things can start up again? The frustratingly short answer is unlikely soon. Drew Lerner of World Weather says it’s relatively unlikely, unless the expected fall El Nino starts strengthening in order to provide “more sunny days and warm weather biases.”

As a reminder, with this sort of weather, and so much crop left out, we strongly recommend that you proactively order your grain tests so that as soon as the samples are coming in, you can send them away and get the grain tested. Be it disease or other quality issues in cereals, or earth tag in pulses, knowing what quality of grain you have is the second-most important step in my grain market plan (the first is knowing your cost of production).

Finally, the macroeconomic factor that slipped under the radar this week was the Federal Reserve’s decision to raise interest rates for the third time in 2018. The central bank could again raise rates in December as it attempts to curb inflation and keep the U.S. economy from overheating.

With that in mind, higher rates have negative impacts on the bottom lines of farmers and weigh on grain prices. Looking ahead into the fourth calendar quarter, NAFTA and other trade agreements, harvest progress (if any), and the potential for a Canadian federal election will likely continue impact grain prices. However, getting off the pressures of the harvest lows is going to be the nicest thing. 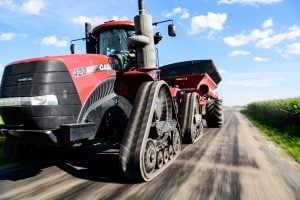 Production Comas — This Week in the Grain Markets

Cooling off? — This Week in the Grain Market